SEATTLE (AP) — Breanna Stewart scored 18 of her 20 points in the first half, Tina Charles moved into fourth in WNBA history for career scoring and the Seattle Storm beat the Indiana Fever 73-57 on Friday night.

Charles scored nine points to reach 6,902 for her career, passing Candice Dupree with 6,895. Tamika Catchings is third with 7,380.

Ezi Magbegor had 11 points and seven rebounds, and Gabby Williams added 10 points for Seattle (13-7), which led 46-27 at halftime. Stewart reached 20-plus points for the ninth time this season.

Queen Egbo had 14 points and 12 rebounds for Indiana (5-17). Kelsey Mitchell was held to three points and rookie NaLyssa Smith scored nine. Victoria Vivians did not play due to a right shoulder injury.

It was the 500th win in franchise history for Los Angeles, the first WNBA team to reach that mark.

Minnesota took its first lead of the game with 5:54 remaining in the fourth quarter but Las Vegas answered with a 16-6 run. Jackie Young sank a 3-pointer from the corner to extend the Aces’ lead to 89-81 with 1:19 left.

Kelsey Plum had 18 points and 10 assists, Dearica Hamby scored 16 points and Young finished with 10 for Las Vegas (15-5), which has won three straight against the Lynx this season. Gray also had six rebounds and five assists, and Wilson reached 2,500 career points.

Rachel Banham scored 11 of her season-high 24 points in the third quarter for Minnesota (6-15), which plays Las Vegas on Sunday. Moriah Jefferson, coming off a triple-double on Tuesday, scored 20 points and Sylvia Fowles had 12 points and five rebounds. 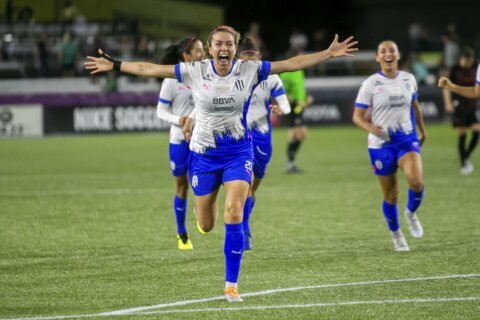 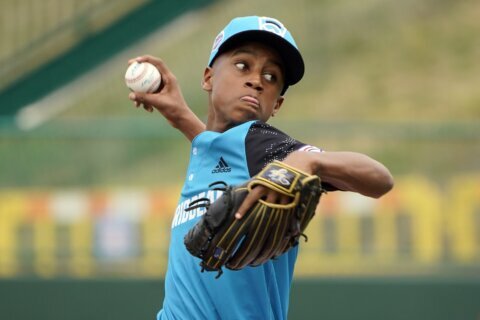