MADRID (AP) — Real Madrid signed Antonio Rüdiger on a free transfer Thursday, calling him “one of the best defenders in the world” and strengthening its squad after becoming European champion for a record-extending 14th time.

Madrid brought in Rüdiger from Chelsea on a four-year contract. The Germany international will be officially introduced on Monday.

He scored five goals in 54 matches with Chelsea last season, both a record for him with the club.

Rüdiger made his Bundesliga debut with Stuttgart as an 18-year-old before joining Roma in 2015 and eventually Chelsea in 2017.

Real Madrid played the Champions League final against Liverpool with central defenders Éder Militão and David Alaba, who was signed a year ago from Bayern Munich.

Madrid was without veteran Sergio Ramos after he joined Paris Saint-Germain, with Nacho Fernández playing in central defense when needed. 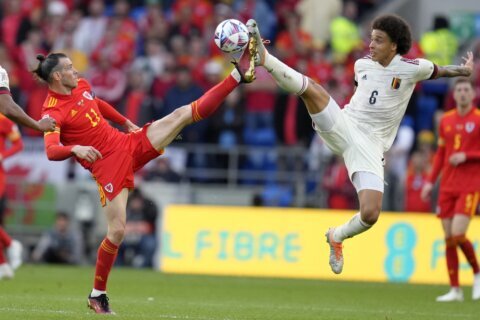