Lugo stepped in for starter Lexie Delbrey with the bases loaded and no outs in the second and got out unscathed.

“Get the ball on the ground, let the defense work, things that I already know — those are my goals when I go into situations like that,” Lugo said. “I have one of the best defenses behind me, and I know if I hit my spots, they’re going to get me out of it.”

“In particular, I felt like all my pitches were working pretty well,” she said. “When the off-speed is on, I feel like I can get a lot of outs pretty quickly, pretty easily, and let my defense work. So that was the game-changer for me personally and what helped.”

Florida (49-17) advanced to play seventh-seeded Oklahoma State — a 4-2 winner over Arizona in the late game — on Saturday. Oregon State (39-21) will face Arizona in an elimination game Friday.

Avery Goelz had two hits and knocked in three runs and Charli Echols hit a solo homer for the Gators (49-17).

Mariah Mazon, a third-team NFCA All-American, did not play. She’s Oregon State’s pitching ace and one of its best hitters.

“The big elephant in the room,” Oregon State coach Laura Berg said. “No, I cannot say why she was not here. She’s just unavailable today. Hopefully, we’ll have her tomorrow. It’s just some unfortunate circumstances out of her control that she was not able to be here today.”

“When I didn’t see her in the starting lineup and pitching, I knew something was up,” he said.

Oregon State opened the scoring on an RBI single by Frankie Hammoude in the top of the first inning.

Florida took the lead in the second when Goelz hit one down the first base line that Hammoude couldn’t come up with. Two runs scored on the error.

Goelz knocked in two on a single in the fourth, then Echols’ blast in the fifth made it 5-1.

Oregon State, already without its star pitcher, committed four errors and left six runners on base.

“Obviously, you can’t have four errors and expect to win a ball game at this point in the season and leave bases loaded with nobody out,” Berg said. “You just are not going to win a lot of ball games that way.” 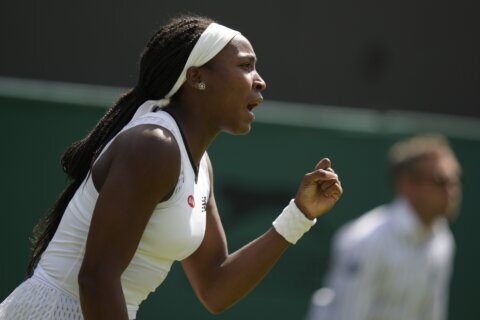