DENVER (AP) — The Colorado Avalanche will be without starting goaltender Darcy Kuemper for Game 2 of the Western Conference final due to an upper-body injury.

The Avalanche will go with Pavel Francouz in net against Connor McDavid and the Edmonton Oilers on Thursday night.

Kuemper suddenly left Game 1 in the second period after allowing three goals on 16 shots. The Avalanche won the game 8-6.

Colorado coach Jared Bednar didn’t specify the exact nature of Kuemper’s injury or say whether it had anything to do with the stick that went through Kuemper’s mask and caught him near the eye during the Nashville series.

Francouz surrendered three goals on 21 shots to earn the win. He also picked up the victory in relief of Kuemper in Game 3 of the Predators series. Francouz became the first goaltender to post a pair of wins in relief during the same postseason since Jonas Hiller in 2014 when Hiller was with Anaheim.

“We have a lot of confidence in Frankie,” Bednar said after practice Thursday morning. “He’s played really well for us over the last few years.”

Kuemper had a career-best 37 wins in the regular season. He has a 6-2 mark and 2.65 goals-against average in these playoffs. 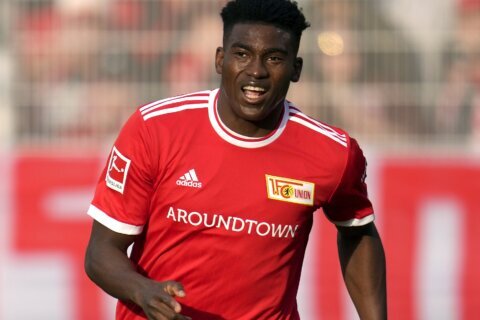