Lopez scored in the 13th minute in a steady rain at Estadio Olimpico Metropolitano. There was a splash when the ball hit the saturated grass in the back of net and puddles were visible in spots on the field.

Arriaga put Honduras ahead 2-0 in the 78th minute.

Jonathan David’s goal in the 86th appeared to give Canada new life, but in stoppage time, Alistair Johnston was sent off with a second yellow, and three other players were also shown yellow cards.

Canada beat Curacao 4-0 at BC Place in on Thursday to open Nations League play. Alphonso Davies scored a pair of goals in his return to the team after being diagnosed with myocarditis related to COVID-19.

Curacao defeated Honduras 2-1 last Monday but with the win over Canada, Honduras leads Group C with a pair of wins and one loss.

Canada beat Honduras 2-0 in January in the final stage of World Cup qualifying and went on to secure the team’s first appearance in soccer’s premier tournament since 1986.

Canada’s only World Cup preparation in the latest international window has come in the Nations League matches. The team was set to play Panama on June 5, but players refused to take the field because of a contract dispute with Canada Soccer.

The Nations League serves as the qualifier for the 2023 CONCACAF Gold Cup. The League phase resumes in March 2023 with the finals set for that June. 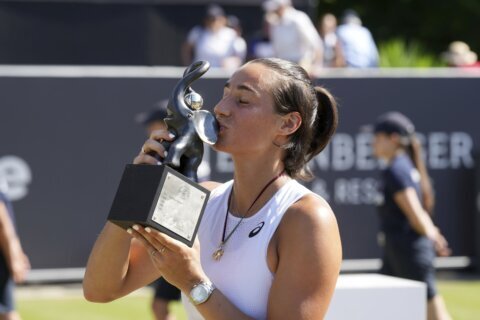