PARIS (AP) — A GLANCE BACK AT SUNDAY

Rafael Nadal beat Casper Ruud 6-3, 6-3, 6-0 to earn his 14th title at Roland Garros and 22nd Grand Slam trophy overall. Both add to records Nadal already owned. And here is a new one: Two days after his 36th birthday, the Spaniard became the oldest champion in French Open history. He is halfway to a calendar-year Grand Slam for the first time; Nadal won the Australian Open in January. His lead over Roger Federer and Novak Djokovic in the Grand Slam title count is now two — those rivals are both at 20 major championships. Ruud is a 23-year-old Norwegian who was appearing in his first major final.

“I don’t know what can happen in the future, but I’m going to keep fighting to try to keep going.” — Rafael Nadal, who has said chronic pain in his left foot has made him uncertain how long he can avoid retiring. 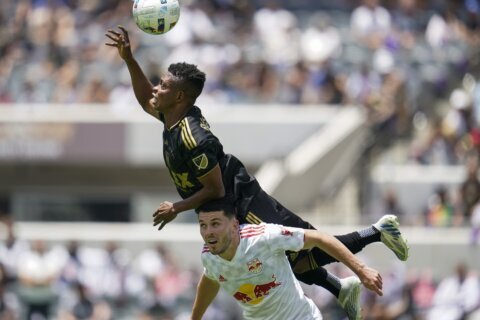