F1 puts brakes on porpoising as it bounces back into Canada

MONTREAL (AP) — Lewis Hamilton joked that he felt shorter from the abuse to his spine last week as the seven-time Formula One champion bounced around the street circuit in Azerbaijan.

It took all week for his body to recover because his new Mercedes is suffering from the “porpoising” effect plaguing several teams after F1 cleared the way for different techniques for downforce aerodynamics this season. The FIA stepped in ahead of the Canadian Grand Prix with technical directives designed to counter the bouncing of the cars that’s been a byproduct of ground effect changes, a move welcomed by Hamilton for his own health.

He’s not seen a physician about many of his ailments — Hamilton uses Angela Cullen, his personal physiotherapist, for recovery — but couldn’t dismiss the possibility he and other drivers are being subjected to potential micro-concussions each time they are on track.

“I’ve definitely been having a lot more headaches in the past months, but I’ve not seen a specialist about it, so I’m not taking it too seriously. I’ve just taken painkillers, so hopefully I don’t have any concussions,” Hamilton said Friday.

He rejected the idea his suffering is worse than others because he’s 37 — “there’s a lot more to recovery and I don’t think that journey has anything to do with age, I think it’s generally just because the bruising can be quite severe” — and Hamilton insisted the porpoising needed to be addressed by F1’s governing body for safety reasons.

“Putting the technical stuff aside… I cannot stress more how important health is for us,” he said. “Safety has to be paramount and has, has to be the most important thing.”

But reactions to the change differed amongst the 10 teams — and had little immediate effect on Friday’s two practice sessions. Max Verstappen, the reigning champion and current points leader, paced both sessions as he seeks his sixth win in nine races. Hamilton was 13th in Friday’s second practice, and teammate George Russell was seventh.

Ferrari driver Charles Leclerc, for example, did not think the FIA should have stepped in ahead of the ninth race of the season. Some teams have better managed the issue, he said.

“I feel it is the team’s responsibility to give me a car that is OK to drive, and I don’t have any particular problems with it,” Leclerc said. “Yes, it is different from last year’s car, whether it is undrivable, or very hard on myself, I don’t think it is. On our side, we found solutions to make it better.”

Verstappen was against a technical directive for the same reasoning: Red Bull isn’t struggling the same way rival Mercedes is, and Mercedes and the teams bogged down by the porpoising need to raise the ride height on the cars to stop the bumping.

“The porpoising we have at the moment is not nice and I don’t think it’s correct, but some teams are able to handle these things a lot better than others,” Verstappen said. “It is possible to get rid of it, so I don’t think we have to overdramatize what is happening.”

The theory throughout the paddock is that raising the right height will hurt performance, something Mercedes is not willing to sacrifice even at the expense of its drivers’ aching bodies.

Hamilton said Mercedes has tried raising its ride height but the issue is caused by aerodynamics and the way air is flowing under the car. He said Mercedes has experimented with various setups “but even when we raised the car, the thing still bounces, and we can’t go any higher.”

“I think it’s probably more of sticking plaster than the solution and we need to wait and see,” Russell said. “Even for the teams suffering the least, it’s still an incredibly aggressive and bumpy ride. The FIA have access to all the (data) of what we’re going through and it’s far beyond what you’d expect is safe. Bigger conversations are definitely needed going forward.” 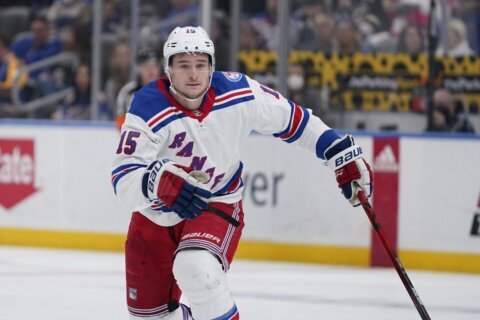 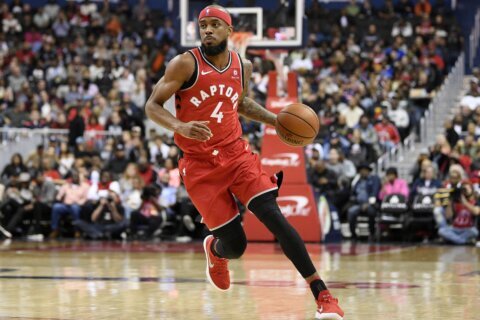 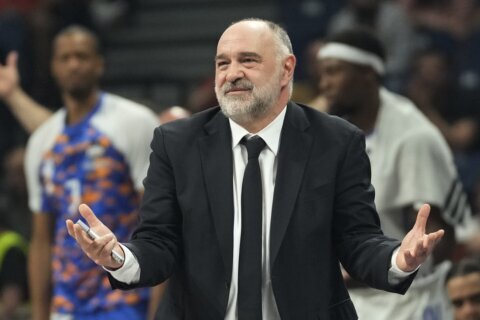