Virginia Tech plays No. 3 seed Columbia in the semifinals after Wright State plays second-seeded Gonzaga in a loser-out game Saturday.

Nick Biddison was hit by a pitch to lead off the bottom of the first and Cross followed with a home run to right field to make it 2-0 and the Hokies (42-12) never trailed. Cross added and RBI single in the second and then swiped second and Biddison scored from third on a double-steal and Cade Hunter hit a solo homer in the third to make it 5-0.

Wright State’s Sammy Sass and Jay Luikart had back-to-back RBI singles in the top of the fourth Alec Sayre had a two-RBI double and later scored on a sacrifice fly by Sass in the fifth to tie it at 5-all but Virginia Tech answered with five runs in the bottom of the inning to take a 10-5 lead.

Zane Harris went 3-for-3 with two RBIs and Julian Greenwell had two doubles and two RBIs for Wright State (30-26). Sayre and Sass each added two RBIs. 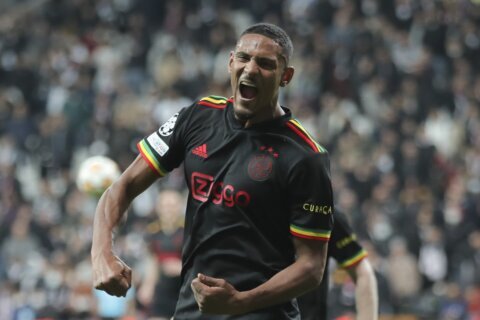