The second-seeded Italian retained his grass-court Queen’s Club title by beating Filip Krajinovic 7-5, 6-4 in the final on Sunday. It backed up his title triumph in Stuttgart last week, which also was on grass.

Wimbledon starts June 27 and Berrettini is heading to the All England Club having won 20 of his last 21 matches on grass — his only loss coming against Novak Djokovic in four sets in last year’s Wimbledon final.

“I couldn’t ask for a better start to the grass season,” Berrettini said. “I am feeling really good — obviously a Slam is different, best-of-five sets. And a lot of pressure is going to be on me. But I guess that’s normal.”

Krajinovic was a surprise finalist in west London, having never won a match on grass at ATP level before this week, and the 30-year-old Serb usually tries to skip grass-court events if he can.

“I hated it,” Krajinovic said of grass. “But I feel now I want to play on it more and more.”

His serve wasn’t big enough to threaten the tall and imposing Berrettini, who only gave up two break points and sent down 14 aces — more than double that of Krajinovic. The last of those came on match point, after which he smashed a ball high into the sky and jumped the advertising hoardings to celebrate with his team and then his father on Father’s Day.

Berrettini joined Lleyton Hewitt, Andy Roddick, Andy Murray, Marin Cilic and Feliciano Lopez in being a multiple title winner at Queen’s since the turn of the century. He has won every match since returning to action in Stuttgart after three months out with a hand injury.

“A few weeks ago I couldn’t hold a racquet,” Berrettini said. “Now I’m here lifting the second trophy in a row.”

The Italian said he felt like crying when he thought about the journey he has been on since having surgery on his right hand, which needed treatment a few times this week.

“I arrived in Stuttgart and I wasn’t feeling great, not hitting the ball the way I wanted, the way I used to do,” Berrettini said. “I was like, ‘Guys, I think it’s going to be tough.’

Krajinovic lost his fifth straight ATP final, with two of them now coming against Berrettini. 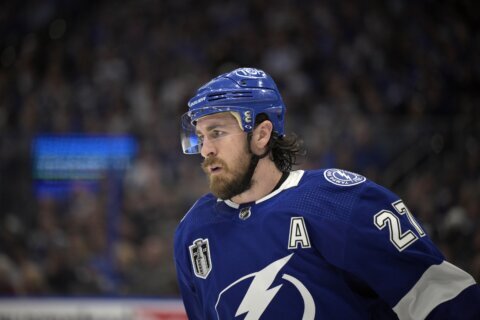 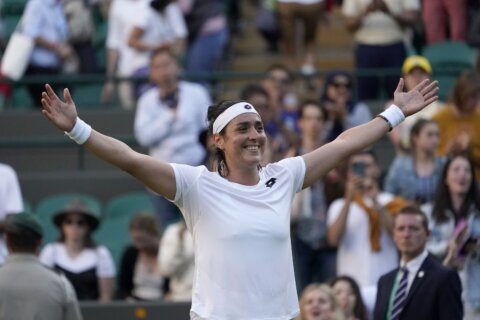