Lennon injured his left knee before a 2-1 loss at Toronto on Saturday. During pregame warmups, he slipped on a hard rubber surface that surrounds both touchlines at BMO Field and sprained the MCL.

The 24-year-old Lennon had to be carried off the field by a teammate and trainer. He had been set to make his 70th league start for Atlanta since joining the team before the 2020 season. He previously made 86 appearances for Real Salt Lake.

In addition, midfielder Osvaldo Alonso was lost for the season with a knee injury, and former league MVP Josef Martinez missed seven matches after undergoing arthroscopic surgery on his right knee.

Several of the injuries occurred at Atlanta’s Mercedes-Benz Stadium, raising concerns about the new FieldTurf artificial surface that was installed just before United’s season opener.

The Major League Soccer Players Association has expressed concerns about the safety of the turf, which is the same product and brand that has been used since the stadium opened in 2017.

But Lennon’s injury couldn’t be blamed on Atlanta’s turf.

United has won just two of his last 10 matches and slipped to 10th in MLS’ Eastern Conference. 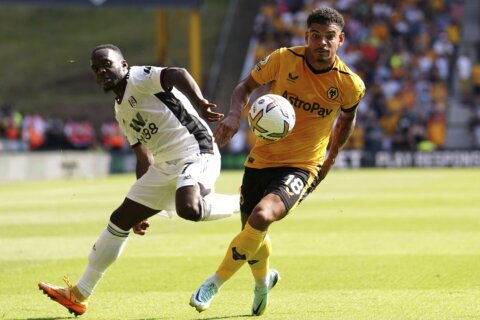