STUTTGART, Germany (AP) — Andy Murray claimed his biggest win more than five years on Friday when he defeated top-seeded Stefanos Tsitsipas 7-6 (4), 6-3 to reach the semifinals of the Stuttgart Open.

The 35-year-old Murray saved a set point in the first set against the fifth-ranked Tsitsipas and powered on to claim his first win over an opponent ranked in the top five since beating Novak Djokovic at the World Tour Finals in London in November 2016.

That was also the last year he reached a grass-court singles final as he became Wimbledon champion for the second time.

The former world No. 1 missed much of the clay-court season to focus on his preparations for grass. Murray also reached the semifinals of the Surbiton Trophy last week, though was beaten by Denis Kudla.

Tsitsipas was bidding for a repeat after beating Murray in their only previous meeting at the U.S. Open last year.

But the Scot gained confidence after saving the set point on serve at 5-6 and he attacked in the second set before getting the decisive break in the sixth game.

Murray improved his record to 113-23 on grass. He next faces Nick Kyrgios in the semifinals. The Australian player progressed after Marton Fucsovics had to withdraw during the second set of their quarterfinal. Kyrgios was leading 7-6 (3), 3-0 at the time. 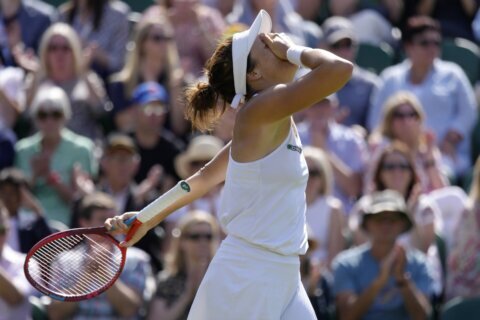 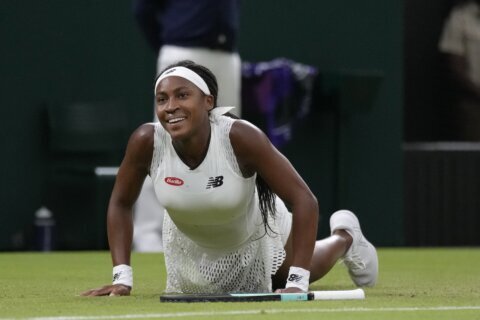 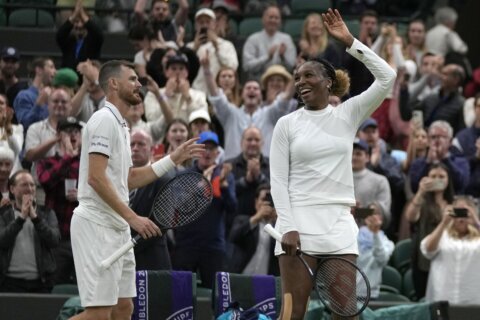