NORWICH, England (AP) — Tottenham clinched Champions League qualification with a 5-0 win over relegated Norwich in the last round of the Premier League on Sunday.

Son Heung-min and Dejan Kulusevski both scored twice and Harry Kane got the other goal as Spurs finished fourth, two points ahead of Arsenal, which defeated visiting Everton 5-1.

Coach Antonio Conte’s team really only needed a point to be sure of finishing ahead of its crosstown rival on account of Spurs’ superior goal difference, but there was no sign of settling for a draw against the league’s last-place side as the visitors attacked from the start.

Uruguay midfielder Rodrigo Bentancur set up the first two goals, squaring the ball for Kulusevski’s easy finish in the 16th minute, then crossing for Kane in the 32nd.

Kane had been a doubt to play due to a bug during the week but he recovered to take his league tally to 17 goals for the season. Norwich goalkeeper Tim Krul won’t want to watch a replay of the goal.

Krul’s attempted pass went straight to Bentancur in his own penalty area and he crossed for Kane to head into the unguarded net.

Kulusevski sealed the result in the 64th when he shook off his marker and curled a fine shot into the far corner after being set free by Kane.

Then the Son show started. Lucas Moura set up the South Korean’s 22nd goal of the season in the 70th, and Son let fly with a brilliant strike inside the far post five minutes later to take his final tally to 23. Only Liverpool’s Mohamed Salah scored as many. 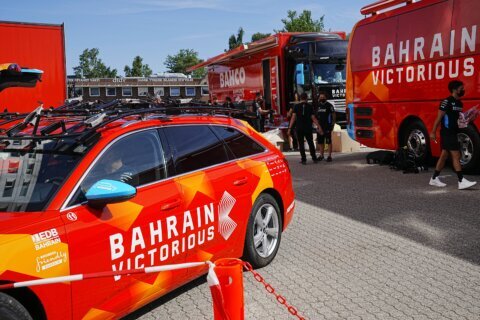