CAPE TOWN, South Africa (AP) — Cricket South Africa withdrew all disciplinary charges against national coach Mark Boucher on Tuesday less than a week before he was due to appear at a hearing to face allegations of misconduct and racism.

Boucher faced three charges, including one of racism stemming from the time when he was a player on the South Africa team in the late 1990s and early 2000s. Boucher was also accused of racism and misconduct in his role as head coach, with one charge relating to how he handled a controversy in the South Africa team over how players had different attitudes toward recognizing the Black Lives Matter movement and taking a knee before games.

But CSA “concluded that there is no basis to sustain any of the disciplinary charges, including charges of racism, against Mark Boucher,” the federation said in a statement, marking a sudden U-turn by the body.

Boucher said, “The allegations of racism which were leveled against me were unjustified and have caused me considerable hurt and anguish.”

The decision by CSA to withdraw all of its charges against Boucher came two weeks after it lost a similar case against its director of cricket, Graeme Smith, who also faced allegations of racism but was cleared of any wrongdoing by independent adjudicators after a hearing. Smith, who was South Africa’s longest serving and most successful test captain, has left his director of cricket role at CSA.

Smith and Boucher were teammates on the South Africa team and the cases against them were viewed by some as politically motivated to remove them from their jobs.

The charges against both were brought following hearings last year designed to look into the culture of South African cricket in the years after the end of apartheid to establish if the sport was still tainted by racism.

Paul Adams, a Black teammate of Boucher’s, said at those hearings that Boucher was one of the players who often sang a song in the dressing room after games that referred to Adams’ skin color. Boucher admitted he sang the song and now regretted it, but also argued he was not responsible for the team culture at the time and was not the person who made up the song.

Boucher apologized to Adams, and CSA said Adams accepted Boucher’s apology and declined to testify at the disciplinary hearing.

As head coach, Boucher was charged with treating Black assistant coach Enoch Nkwe, who later resigned from his job with the South Africa team, “in a manner unbecoming of a leader in your position.”

Nkwe also said he did not wish to testify against Boucher and CSA said it “unreservedly” withdrew all charges. 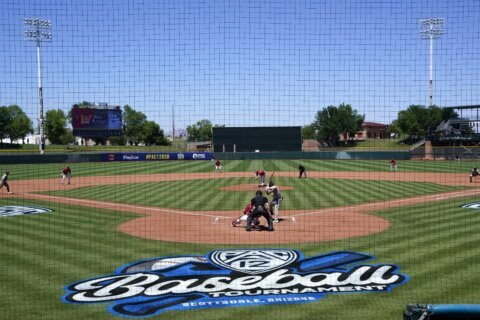