BIRMINGHAM, Ala. (AP) — LSU’s Dylan Crews and Auburn’s Sonny DiChiara are co-Southeastern Conference players of the year while Tennessee’s Chase Dollander was named the top pitcher.

The league announced the individual awards and All-SEC teams on Monday, as voted on by conference coaches.

Georgia’s Ben Anderson is the SEC Scholar-Athlete of the Year, and Tennessee’s Tony Vitello received coach of the year honors. Tennessee pitcher Drew Beam is freshman of the year.

Crews leads the SEC with 61 runs scored and is second with 67 RBI. He hit a league-best 16 home runs in conference games.

Dollander is 8-0 this season and leads the SEC with a 2.30 ERA while holding batters to a .158 average, which leads all league pitchers.

Beam is tied for second in the SEC with eight wins and is second with a .184 opponent batting average.

Anderson holds a degree in biochemistry and plans to attend medical school after his playing career. Vitello helped lead the Vols to a school record 49 wins in the regular season and a No. 1 national ranking.

The SEC Tournament is set for Tuesday through Sunday in Hoover. 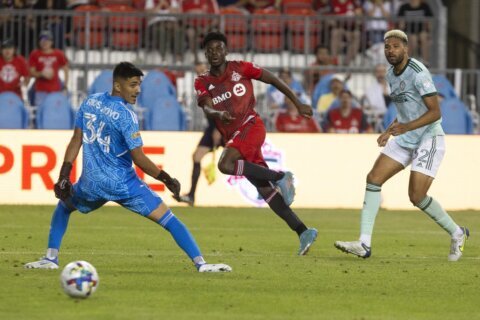