Rangers-Canes, Battle of Alberta up next in NHL playoffs

A few minutes after his New York Rangers moved on to the second round of the NHL playoffs by beating…
Listen now to WTOP News WTOP.com | Alexa | Google Home | WTOP App | 103.5 FM

A few minutes after his New York Rangers moved on to the second round of the NHL playoffs by beating the Pittsburgh Penguins, Gerard Gallant had not mentally moved on to what’s next.

“I don’t even know who we play,” Gallant said with a chuckle.

It’s the Carolina Hurricanes, coach. Game 1 is Wednesday night. Shortly after, the Calgary Flames host the Edmonton Oilers in the first playoff rendition of the Battle of Alberta in 31 years.

Carolina and New York last met in the postseason in the best-of-five opening round of the 24-team expanded bubble playoffs in 2020. The fifth-seeded Hurricanes swept the 12th-seeded Rangers.

Before the Rangers beat the Penguins, Carolina captain Jordan Staal said either team would present a major challenge.

New York advanced to the second round for the first time since 2017 by beating the Penguins 4-3 in overtime in Game 7 Sunday night. It was the third consecutive comeback win for the Rangers, who trailed 3-1 in the series.

Connor McDavid carried Edmonton past Los Angeles with 14 points in the hard-fought seven-game series. The previous time the Oilers and Flames met in the playoffs was almost six years before he was born.

Despite playing two seasons for Calgary, Oilers goaltender Mike Smith’s response Saturday night to who he’d rather play was a simple, “I don’t really care.”

The hockey community will gladly take the first Flames-Oilers series since 1991. A year after the creation of the North Division guaranteed a Canada-based team in the final four, the same will happen with one from Alberta.

More work is left to end the country’s Cup drought.

“The job’s far from over,” Oilers defenseman Codi Ceci said. “We’ll just have to refocus and get ready for the second round.”

Florida Panthers deadline addition Brandon Montour may not have had a rooting interest in Game 7 between the Tampa Bay Lightning and Toronto Maple Leafs on Saturday night. Many of his teammates who got eliminated by the Lightning were happy to see the back-to-back defending Stanley Cup champions win to become their next opponent.

“I think a lot of guys wanted to play this team,” Montour said Sunday. “It’s always a battle against these guys, and we’re up for the challenge and everyone’s excited in there.”

Lightning-Panthers is one of two second-round series that are rematches from last year. In the Western Conference, the top-seeded Colorado Avalanche face off against the St. Louis Blues they swept out of the playoffs in the first round in 2021.

Just like last time, Florida has home-ice advantage. It didn’t matter much because Tampa Bay won the first two games in Sunrise on the way to knocking out the Panthers in six.

The Sunshine State rivals split their four meetings during the regular season.

“People especially in Florida have been begging for the two teams to be contenders and go at it,” Lightning coach Jon Cooper said in Toronto after Game 7 against the Maple Leafs. “They’ve retooled their team and brought some big names in there and it should be a ton of fun. They’re fun to play against, they’re competitive as hell and I think it’s really good for hockey.”

Montour is far from the only player who wasn’t part of the series last year. The Panthers added forward Sam Reinhart last summer and acquired defenseman Ben Chiarot and longtime Philadelphia Flyers captain Claude Giroux at the trade deadline, while the Lightning signed Corey Perry and Pierre-Edouard Bellemare and brought back defenseman Zach Bogosian before the season before getting deeper at forward in March with Nick Paul and Brandon Hagel.

“These were the kind of matchups that I was excited about making the move down here,” Reinhart said. “It brings out the best and the intensity out of both teams.”

This was the first matchup of the second round to get locked in after Colorado swept Nashville and St. Louis beat Minnesota in six. It also could be the feistiest, especially in the aftermath of Avalanche center Nazem Kadri concussing Blues defenseman Justin Faulk with an illegal check to the head in the series last year that prompted an eight-game suspension.

Kadri is having a career season, the Blues have already dealt with a series of injuries on their blue line and no one has forgotten that hit or the lopsided nature of the series.

“I think it’s in the back of guys’ minds, for sure — they were not too happy about it, as was nobody in the organization,” Blues coach Craig Berube told reporters Saturday. “We’ve got to focus on now. Yeah there’s motivation, for sure, but you’re in the playoffs. You’re trying to win. What more motivation do you need?”

There are some similarities to the Wild in style of play, but Minnesota didn’t have Norris Finalist Cale Makar or skilled top-end forwards as big as Nathan MacKinnon, Mikko Rantanen and Gabriel Landeskog.

“That’s the difference,” Berube said. “You’re talking 230-, 225-pound guys that are really good skaters, they’re strong guys. … You want to be physical on them, but there’s going to be times where you’re outmatched physically at times.”

Berube said his team would need to defend hard and also score some goals. The Avalanche know the Blues have plenty of depth offensively.

“It’s a different attack because it’s not just one line that you really have to focus on,” Colorado defenseman Devon Toews said. “They’ve got a full 12 forwards up there that can really score. It’s going to take all four of our lines and all six of our D to stop that and slow it down and then create our offense off of it.” 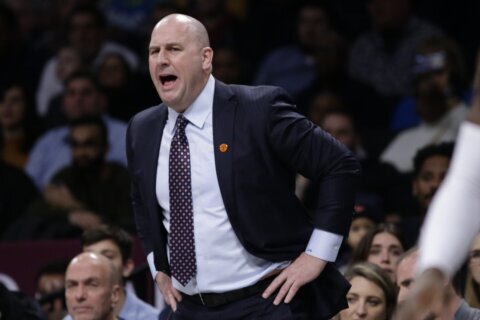 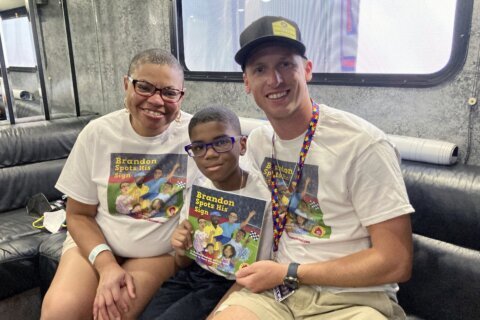