LEVERKUSEN, Germany (AP) — Czech Republic striker Patrik Schick has signed a contract extension through 2027 with German club Bayer Leverkusen following speculation he could opt for a transfer to the Premier League.

Schick scored 24 goals in 27 games as Leverkusen finished third in the Bundesliga this season. His existing contract was due to run until 2025.

“I extended my contract until ’27, so really happy that I can continue in Bayer,” Schick said in a video message on social media.

Re-signing the “world class” striker, sporting director Simon Rolfes said in a statement, “underlines the ambition that we all have.”

Schick is a tall, powerful forward with 17 goals in 33 games for the Czech Republic and scored five goals at last year’s European Championship, level with Cristiano Ronaldo for the most at the tournament. He was awarded the prize for goal of the tournament for scoring from just inside the halfway line against Scotland. 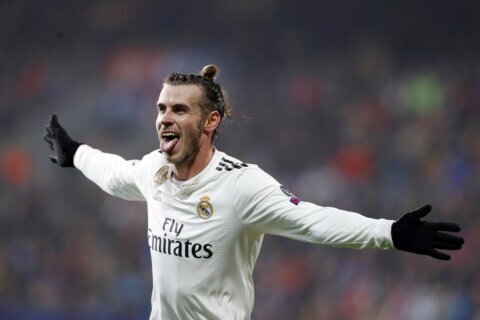 LAFC hopeful Bale can join club within a couple weeks