MADRID (AP) — Real Betis was held at Getafe to 0-0 in the Spanish league on Monday, missing another chance to gain momentum in the fight for a Champions League spot.

Manuel Pellegrini’s team celebrated the Copa del Rey title last week but was coming off a 1-0 home loss to Elche and another scoreless draw at Real Sociedad in the league.

The winless streak kept the Seville club from moving into the top four with four rounds to go. It sits in fifth place, three points from fourth-placed Atlético and six points from city rival Sevilla in third place.

Betis hasn’t made it to the Champions League since 2005, when it was eliminated in the group stage.

The Copa title has already secured Betis a berth in the Europa League for a second consecutive season.

Getafe’s players did the guard of honor for the Betis squad before kickoff because of the Copa title. 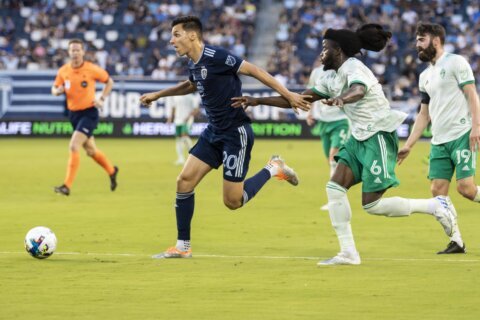