Last race: Denny Hamlin outraced Joe Gibbs Racing teammate Kyle Busch in overtime to win the Coca-Cola 600 for his second victory of the season and 48th of his career.

Fast facts: Hamlin’s victory came in the longest race in NASCAR history: 619.5 miles over five hours, 13 minutes with Hamlin beating Busch by 0.014 seconds. … He joined Kevin Harvick as the only active drivers to win the Daytona 500, the Coca-Cola 600 and the Southern 500. … Chase Elliott leads the point standings by 34 over Ross Chastain and 37 over Busch through 14 races.

Fast facts: Berry’s second victory allowed him to join Gibbs (3) and Noah Gragson (2) as the only mutiple winners this season through 13 races. … JR Motorsports has now won 10 consecutive stages, extending its series record. … Points leader A.J. Allmendinger’s streak of top-10 finishes ended at 12 when he finished 19th. He leads Gragson by 33 points and Gibbs by 40.

Fast facts: Chastain became the third non-regular to win in 10 races this season, joining part-time driver Corey Heim and Cup regular William Byron. … Carson Hocevar led a race-best 57 laps and had a lead of as many as six seconds, but crashed in the first overtime and finished 16th. … John Hunter Nemechek leads defending series champ Ben Rhodes by seven points and Zane Smith by 25.

Last race: Sergio Perez of Red Bull won a rain-marred race at Monaco for his first victory of the season and fifth for the team in seven races. He signed a contract extension two days later.

Last race: Ericsson bested O’Ward on a restart with two laps remaining and won the Indianapolis 500 for his third career victory in 52 starts.

Fast facts: Ericsson climbed to the top of the point standings through six races with the victory, 13 ahead of O’Ward and 14 clear of defending series champion Alex Palou. … The victory was the fifth in the 500 for team owner Chip Ganassi. … Ericsson is the second Swede to win the Indy 500 in 106 runnings, joining 1999 winner Kenny Brack. 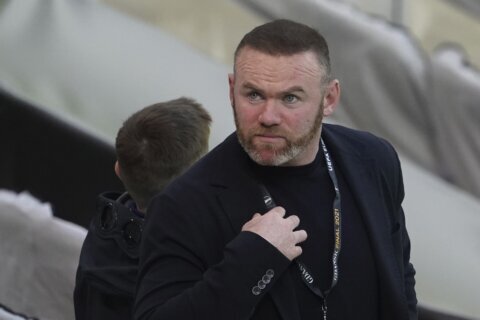 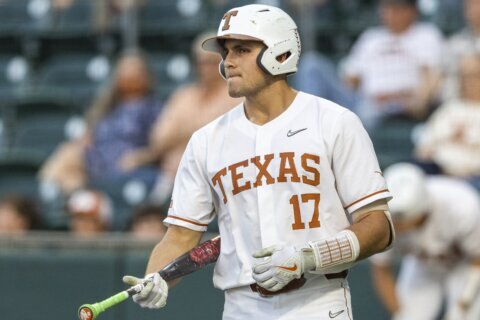