Liverpool starts as the big favorite against Villarreal in the first leg of the semifinals but won’t be underestimating the Spanish team, according to manager Jurgen Klopp. And for good reason. Villarreal has already eliminated European royalty in Juventus and Bayern Munich in the knockout stage. Up next is a team on course for an unprecedented quadruple of major trophies in the same season. Liverpool has won the League Cup, is in the FA Cup final and is a point behind Manchester City in the Premier League title race. Six-time European champion Liverpool, which is seeking to reach a third final in five years and has only lost one of its 26 games in all competitions in 2022, is without injured striker Roberto Firmino but he has lost his place in the attack anyway. Gerard Moreno could be a doubt for Villarreal after the Spain striker injured his right leg two weeks ago.

Inter Milan visits Bologna in a match that was postponed from January, when there was a coronavirus outbreak within Bologna’s squad. It’s a pivotal match for the title race, with Inter trailing city rival and Serie A leader AC Milan by two points. In other postponed games, sixth-place Fiorentina looks to strengthen its chances of playing in Europe when it hosts Udinese, and eighth-place Atalanta hosts Torino. 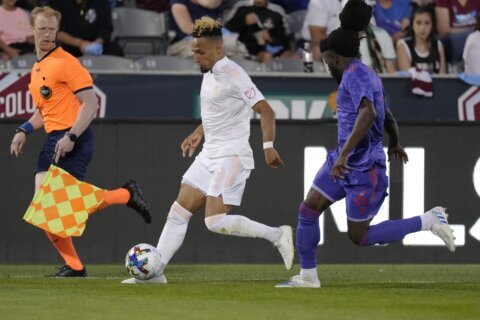