Second-place Borussia Dortmund is nine points behind Bayern Munich with six rounds remaining in the Bundesliga and hoping to make amends for an embarrassing defeat when it visits Stuttgart. Dortmund fans were in party mood last weekend on their return to a full stadium for the first time in more than two years, but Leipzig spoiled their fun by snatching a 4-1 away win. It was Dortmund’s second heavy defeat at home in the league this season after the 5-2 loss to Bayer Leverkusen in February. It also had heavy losses at home to Ajax and Rangers in European competition so perhaps it’s a relief for Dortmund to be playing Stuttgart away. But Stuttgart has been improving, with two wins from four games without defeat, and Pellegrino Matarazzo’s team will be pushing for another win to climb away from the relegation zone.

Newcastle is still not completely clear of relegation trouble in the Premier League heading into a home match against Wolverhampton. An eight-game unbeaten run containing six wins looked to have pulled Newcastle sufficiently away from the bottom three, but three straight losses have left the Saudi-owned northeast club seven points above the drop zone. Wolves could climb to sixth place with a victory in its bid to qualify for one of the European competitions next season. The match begins the 32nd round of games in the Premier League.

Sevilla hosts Granada needing the three points to relaunch its bid to finish second in the Spanish league after four rounds without a victory. Its struggles have cost Sevilla which once had a firm grip on second place. Julen Lopetegui’s side has slid into fourth place, level on points with Barcelona and Atlético Madrid. Runaway leader Real Madrid is 12 points ahead.

French league strugglers Lorient and Saint-Etienne face off in a battle between relegation-threatened teams. With eight rounds to go, host Lorient has a one-point lead over 18th-place Saint-Etienne. Both teams had heavy losses last weekend, with Lorient conceding five goals against Paris Saint-Germain and Saint-Etienne losing 4-2 against Marseille. 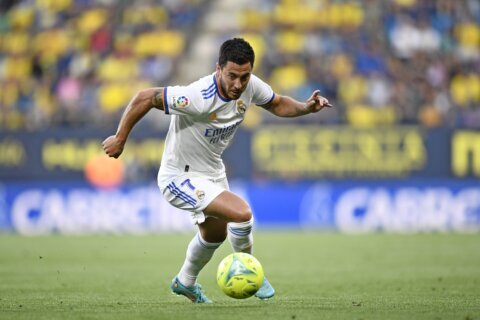 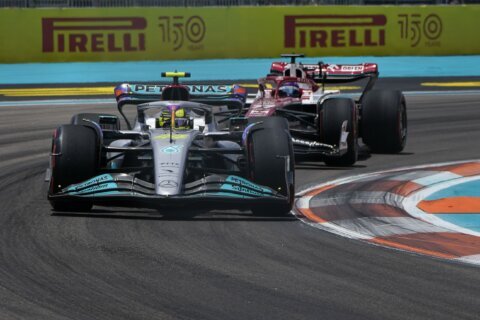