EDMONTON, Alberta (AP) — Evander Kane had three goals and an assist, Connor McDavid had three assists and the Edmonton Oilers clinched a playoff berth with a 6-3 victory over the Colorado Avalanche on Friday night.

Evan Bouchard, Kailer Yamamoto and Kris Russell also scored for the Oilers, who have won four in a row and improved to 12-0-1 in their last 13 games on home ice. Mike Smith had 34 saves.

Valeri Nichushkin had two goals and Nathan MacKinnon also scored for the Western Conference-leading Avalanche. Darcy Kuemper finished with 21 saves. Colorado has dropped three in a row and lost for just the second time this season when leading after the first period.

ST. PAUL, Minn. (AP) — Kirill Kaprizov had a goal and three assists to become the first player in Minnesota franchise history with at least 100 points in a season, and the Wild established four franchise records and tied another in beating Seattle.

Joel Eriksson Ek had two goals and an assist, Mats Zuccarello, Ryan Hartman and Nicolas Deslauriers also scored, and Kevin Fiala had a team-record five assists for Minnesota, which also established all-time bests with its 50th win and 107 points.

Marc-Andre Fleury overcame an early gaffe and had 25 saves to improve to 7-1-0 since being acquired from Chicago at the trade deadline.

GLENDALE, Ariz. (AP) — Conor Sheary scored in the first period and Vitek Vanecek got his fourth shutout of the season as Washington got its seventh win in nine games.

John Carlson scored his 16th into an empty net with 25 seconds remaining. Vanecek stopped 19 shots for his seventh career shutout and 20th victory of the season. The Capitals pulled even with Pittsburgh for third place in the Metropolitan Division with 99 points.

Karel Vejmelka had 27 saves for the Coyotes, who have lost nine straight (0-8-1). 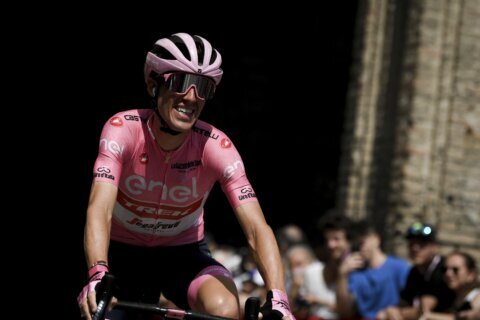 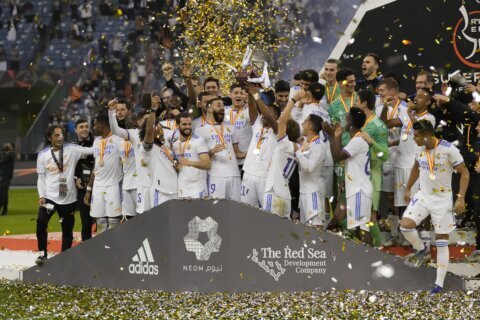