NEW YORK (AP) — Jeff Petry scored his second goal of the game in the final minute of the third period and Sam Montembeault made 24 saves as the Montreal Canadiens beat the playoff-bound New York Rangers 4-3 Wednesday night to snap a nine-game losing streak.

Petry scored his sixth of the season with 31 seconds remaining to put Montreal ahead for the fourth time and forge a victory for Martin St. Louis, the former Ranger who took over behind the Canadiens’ bench in early February coaching for the first time at Madison Square Garden.

Ryan Poehling and Mike Hoffman also scored for Montreal, which had lost nine straight in regulation since a 7-4 win at New Jersey on April 7.

Kyle Connor had an empty-net goal and two assists to push his season points total to 92, the most since the franchise moved from Atlanta to to Winnipeg in 2011. Captain Blake Wheeler had 91 points in 2017-18 and 2018-19.

Nikolaj Ehlers and Wheeler each had a goal and an assist, and Pierre-Luc Dubois scored his career-high 28th goal.

Playing his fifth NHL game and second straight, Philadelphia’s Felix Sandstrom stopped 23 shots. The Flyers have been shut out six times this season,

CHICAGO (AP) — Tyler Johnson scored in the seventh round of the shootout, and Chicago eliminated Vegas from the playoff race.

Johnson scored on a wrist shot seconds before Dallas, which needed a point to eliminate Vegas regardless, went into overtime at home against Arizona. Johnson’s goal was the only one in 14 attempts in the tiebreaker.

Anton Stralman, Shayne Gostisbehere and Barrett Hayton scored in regulation for the Coyotes, and Harri Sateri had 26 saves.

Jani Hakanpaa, Tyler Seguin and Miro Heiskanen scored to give Dallas a 3-0 lead 3 minutes into the scond period. Joe Pavelski had two assists to reach a career high in points at age 37. Scott Wedgewood finished with 33 saves.

The Stars wrapped up the Western Conference’s final playoff spot when Vegas lost in a shootout to Chicago just before this game went to overtime. After a seven-round shootout victory at home over Vegas on Tuesday night, the Stars were only one point away from earning a wild card.

SEATTLE (AP) — Lias Andersson’s his first goal of the season for Los Angeles snapped a tie early in the third period.

Jared McCann, Ryan Donarto, and Jordan Eberle scored for the Kraken, who lost their third in a row. Philipp Grubauer finished with 21 saves.

On the go-ahead goal, Brendan Lemieux picked up a loose puck behind the Seattle net, and sent it out in front to Andersson, who was rushing toward the net and sent it past Grubauer to give the Kings a 4-3 lead at 2:39 of the third. 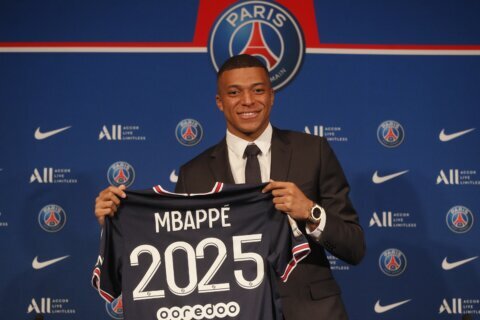 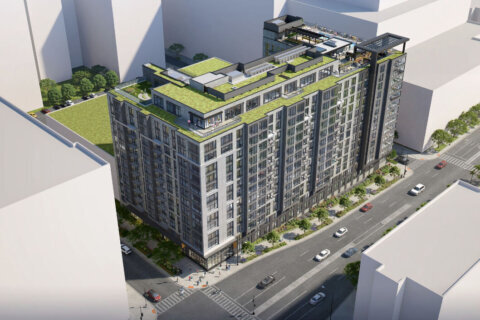