Rodman among US players called up to face Uzbekistan

Trinity Rodman was among the young players named to the U.S. women’s national team roster for a pair of matches next month against Uzbekistan.

Coach Vlatko Andonovski left veterans including Alex Morgan, Megan Rapinoe, Christen Press and Tobin Heath off the squad announced Tuesday as he continues to evaluate players ahead of World Cup qualifying this summer.

The team has just four matches to prepare for the CONCACAF W Championship in Monterrey, Mexico, in July. The tournament will determine the region’s four berths in the 2023 World Cup and one spot in the 2024 Olympics.

Among the 23 players on the roster are 14 players with 15 or fewer national team appearances. Three players, goalkeepers Bella Bixby and Aubrey Kingsbury and defender Naomi Girma, have yet to play in a game for the United States.

Rodman, the daughter of former NBA star Dennis Rodman, has made two appearances with the national team. She signed a four-year contract this year with the Washington Spirit worth a reported $1.1 million, making her the highest-paid player in the National Women’s Soccer League.

The United States has never faced Uzbekistan, ranked No. 48 in the world.

Scheduling for the international window was a challenge as teams continue to deal with international COVID-19 restrictions. CONCACAF and UEFA also have World Cup qualifying matches during the April window, limiting available opponents. The United States is the defending World Cup champion.

“Obviously, we know that there was a different opponent lined up in this window, but for different reasons that didn’t happen. So I’m happy that we were able to get these games in, and Uzbekistan was the highest ranked of the teams that was in front of us,” Andonovski said. “But we’re going to take this game no differently than any other game, or opponent. We’re taking this game very seriously and I know that the players look at this game as an opportunity to showcase themselves, to prove themselves or to prove that they belong on this team.”

The games against Uzbekistan are scheduled for April 9 in Columbus, Ohio, and on April 12 in Chester, outside of Philadelphia.

The roster for the friendlies against Uzbekistan, with club affiliation: 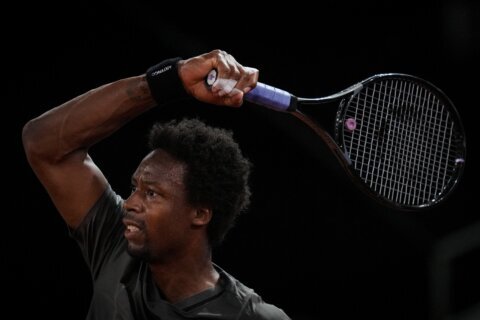