Memories of ’17: US-Panama at home in next-to-last qualifier

ORLANDO, Fla. (AP) — With two games left in World Cup qualifying, the United States heads into a showdown against Panama in Orlando knowing that winning the last home match will be key before going on the road for the finale.

The U.S. romped over the Panamanians 4-0 in October 2017 as Christian Pulisic scored the first goal and set up the second. Needing only a draw four days later, the Americans flopped to a 2-1 defeat at Trinidad and Tobago, a nadir in American soccer that ended a streak of seven straight World Cup appearances.

“Every game comes with pressure, different pressure, and, of course, we feel it,” goalkeeper Zack Steffen said Saturday. “We’re aware of the emotions, of our emotions going into it, and it’s just about kind of putting those on the backburner and going out there and playing the game that we’ve been playing for our whole lives.”

Canada leads North and Central America and the Caribbean with 25 points and the U.S. is second with 22, ahead of Mexico on goal difference. Costa Rica is third with 19, and Panama fourth with 18. The top three nations qualify for this year’s World Cup, and fourth place advances to a playoff against the Oceania champion, likely New Zealand.

The U.S. would clinch Sunday with a victory and Costa Rica failing to win at El Salvador, or with a draw if the Ticos lose. A U.S. draw would guarantee no worse than the playoff spot.

With a plus-nine goal difference to Costa Rica’s plus-two, a win would put the U.S. in position to head to Costa Rica at most needing to avoid a lopsided defeat.

“It’s really important not to get ahead of ourselves,” U.S. coach Gregg Berhalter said. “I know there are similarities to last time, but we’re looking forward. I don’t think this is a group that looks back. We acknowledge what happened in the past. It’s part of who we are as U.S. men’s national team players and program. We acknowledge that, but we have to forge our own path, and tomorrow’s a good time to do it.”

Goalkeeper Matt Turner, right back Sergiño Dest, central defender Chris Richards and midfielders Weston McKennie and Brenden Aaronson are injured, backup right back DeAndre Yedlin and winger Tim Weah are suspended for yellow-card accumulation and No. 3 right back Reggie Cannon is out with COVID-19.

Shaq Moore was brought in from Spain to meet the team in Orlando and appeared likely to start at right back.

The U.S. is coming off Thursday’s 0-0 draw against Mexico at altitude in Mexico City, when the Americans had the better chances. The U.S. followed the emotional high of a home win over El Tri in November with a bumpy 1-1 draw at Jamaica.

“It was just a totally different atmosphere, and we knew it was going to be a tough game, an ugly game and something we just had to grind through,” Steffen said. “This time, I think getting a point at Azteca, all the energy and emotions exerted there, we didn’t get too high, we didn’t get too low. Coming back to Orlando, where we’re all focused, just kind of just to stay in the moment.”

Panama was held to a 1-1 draw at home against Honduras on Thursday. Rolando Blackburn’s 23rd-minute goal, his fourth of qualifying, was matched by Kevin Lopez’s 65th-minute score.

When the U.S. went to Panama in October, Berhalter changed seven starters from the home win over Costa Rica three days earlier. Panama won 1-0 as Aníbal Godoy headed Éric Davis’ 54th-minute corner kick past Turner. The U.S. was outshot 8-5, including 4-0 for shots on target, and started just one possession in the attacking third.

In the other previous second games of qualifying windows, the U.S was held to a 1-1 draw by visiting Canada, lost 2-0 at Canada and tied at Jamaica.

“I’m not sure it’s a big enough sample size to really make a judgment on it,” Berhalter said. “It’s a great challenge.”

Berhalter has used 38 players in 12 matches, tied for the second-most Americans in a qualifying cycle behind 43 over 18 matches ahead of the 2018 tournament. Players coming back on two days’ rest had little time to recover.

“We did exert a lot of energy with the high altitude and the field and the travel. But I think we’re all in a good place,” Steffen said. “We’ve done a good job to recover and get our bodies back and get our minds back.”

Notes: Goalkeeper Ethan Horvath didn’t train Saturday because he didn’t feel well, but it was not COVID-19 related, the team said. He attended practice and watched. … Ivan Barton of El Salvador, who worked the November qualifier against Mexico, will be the referee. 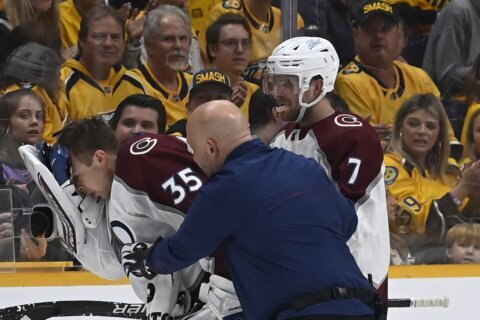 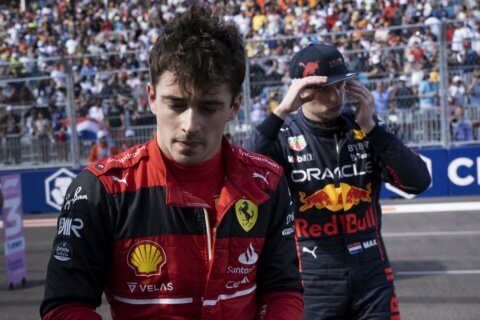