In a rapid and stunning fall from grace, the Azzurri were upset by North Macedonia in a 1-0 loss that headlined a night of drama in the European qualifying playoffs on Thursday.
Listen now to WTOP News WTOP.com | Alexa | Google Home | WTOP App | 103.5 FM
(1/6) 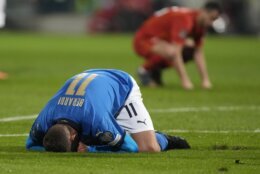 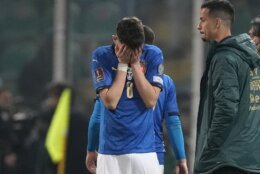 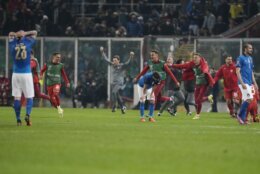 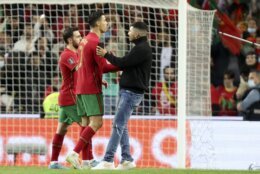 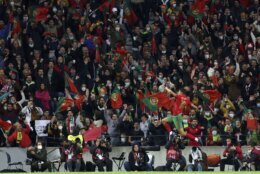 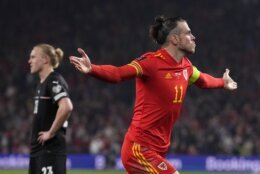 Italy has gone from winning the European Championship to failing to qualify for the World Cup in just eight months.

In a rapid and stunning fall from grace, the Azzurri were upset by North Macedonia in a 1-0 loss that headlined a night of drama in the European qualifying playoffs on Thursday.

Italy will miss out on back-to-back World Cups for the first time in the national team’s storied history, having also failed to get to the tournament in 2018.

It was only in July that Roberto Mancini and his players were celebrating winning Euro 2020 at Wembley Stadium, supposedly completing Italian soccer’s redemption story.

On Thursday, there were tears of a different kind, and a general feeling of disbelief inside the Stadio Renzo Barbera in Palermo.

“Just as last July was the best thing I experienced at a professional level, this is the greatest disappointment,” Mancini said. “Soccer is like that, sometimes incredible things happen.”

The winner for North Macedonia, which hasn’t played at the World Cup since gaining independence from the former Yugoslavia in 1991, came in the second minute of stoppage time from Aleksandar Trajkovski’s low shot into the corner from outside the area.

It sparked wild scenes of jubilation among the North Macedonian players, who also beat Germany away almost a year ago to the day.

Standing in their way in Tuesday’s playoff final will be another of Europe’s leading soccer nations, Portugal, which beat Turkey 3-1 to keep alive Cristiano Ronaldo’s hopes of appearing in what is likely to be his final World Cup.

From a commanding position at 2-0, Portugal nearly saw its lead disappear after conceding a goal to Burak Yılmaz in the 65th and then a penalty with five minutes remaining at the Estádio do Dragão.

Yilmaz’s spot kick sailed over the crossbar, though, meaning the Portuguese were able to avoid another late implosion like in November when they let in a 90th-minute goal against Serbia to drop into the playoffs.

Portugal went on to score again in stoppage time, through substitute Matheus Nunes. Otávio and Diogo Jota had scored the first-half goals for the hosts, who will start as big favorites against North Macedonia.

Ronaldo is hoping to reach a 10th straight major tournament.

Ronaldo’s former teammate at Real Madrid, Gareth Bale, could also be at the World Cup after inspiring Wales to a 2-1 win over Austria and leaving his country one victory away from a first appearance at the tournament since 1958.

Bale scored both of Wales’ goals at Cardiff City Stadium, a sensational free kick into the top corner in the 25th and a powerful shot on the turn in the 51st.

His record goal tally for Wales moved to 38 and he continues to deliver inspirational performances for his country, at a time when his club career has stagnated in his ninth season at Madrid.

Wales will host either Scotland or Ukraine in the playoff final in June. Their semifinal match was postponed until that month as a result of Russia’s invasion of Ukraine.

With the suspended Ibrahimovic watching on, Quaison came off the bench and scored in the 110th minute as Sweden beat the Czech Republic 1-0 after extra time to advance to the final in the other qualifying bracket.

Sweden will travel to play Poland on Tuesday for a spot in the tournament in Qatar.

Poland received a bye to the playoff final after its scheduled opponent, Russia, was thrown out of qualifying following the war in Ukraine. 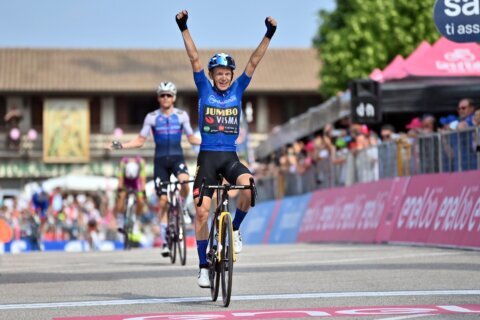