As part of their preparations for the World Cup in Qatar later this year, the defending champions will take on Ivory Coast in Marseille on March 25. They will then play South Africa in Lille four days later.

At 29, Clauss is a late bloomer. The right back has been rewarded for his excellent showings in the French league under Lens coach Franck Haise.

In addition to his strong defending skills, his contribution to Lens’ attacking play have been stellar, with four goals and nine assists. Only Lionel Messi and Kylian Mbappé have delivered more decisive passes this season in the French league.

Born in Strasbourg, Clauss was not kept by his hometown club’s youth academy and he struggled to reach the top level. He spent several seasons in the German and French lower leagues before signing a first professional contract with second-division club Quevilly-Rouen for the 2017–18 season.

He then moved to second-division German club Arminia Bielefeld before Lens offered him a contract.

Deschamps said the pair of upcoming friendlies were an ideal occasion to test Nkunku and Clauss.

“I felt that it was the right time to see them to get more answers about the final choices I will have to make in the future,” Deschamps said.

A former PSG player, Nkunku has scored 15 goals in the Bundesliga this season. 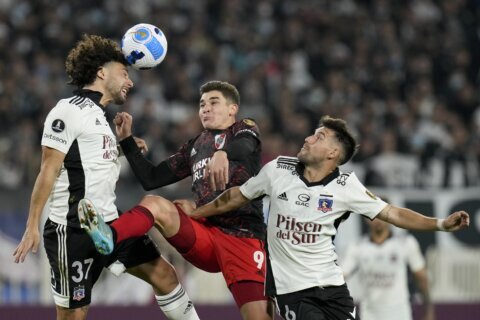