The first pairing drawn at UEFA headquarters sent Madrid coach Carlo Ancelotti back to the London club where he won a league and cup double a year before being fired by then-owner Roman Abramovich.

“Ancelotti is a fantastic coach,” Madrid director Emilio Butragueño said of the Italian, who led the team to its 10th European title during his first spell with the club. “He knows how to manage every detail to get the most out of the players.”

Abramovich, a Russian billionaire with ties to Vladimir Putin, gave up control of the club before having his assets in Britain frozen this month in the wake of Russia’s invasion of Ukraine. On Friday, prospective new owners of Chelsea were meeting a deadline to submit bids.

All three English clubs avoided each other in the draw, as did all three Spanish teams.

Manchester City and Atlético Madrid were the next teams paired, while Liverpool was drawn to face Benfica and Bayern Munich will play Villarreal.

The City-Atlético pairing sets up a stark contrast of playing styles under longtime coaches Pep Guardiola and Diego Simeone — both seeking a first European title for their clubs.

It also gives Atletico a quick return to the city where this week it eliminated Manchester United with a 1-0 victory typical of the defensive solidity Simeone builds into his team.

The draw included five former champions and five clubs who were involved in the failed Super League project last April.

Villarreal is an exception in both categories, the only team left in the draw that has never reached the final.

In the semifinals, Manchester City or Atlético Madrid will play Chelsea or Real Madrid, and Benfica or Liverpool will face Villarreal or Bayern Munich.

The Stade de France was a late replacement for original host St. Petersburg. UEFA stripped the Russian soccer federation of the right to host the final after the invasion of Ukraine.

Russia’s last remaining club in European competitions, Spartak Moscow, was removed by UEFA from the Europa League, leaving Leipzig to get a bye into the quarterfinals.

Leipzig was paired with Atalanta on Friday, while German league rival Eintracht Frankfurt was drawn to face Barcelona.

Barcelona is playing in the second-tier competition for the first time since 2004, following 17 straight seasons in the knockout rounds of the Champions League when it had Lionel Messi in the squad.

Also, West Ham will face Lyon and Braga will take on Rangers.

There were three former European champions in the draw for the third-tier Europa Conference League in its debut. Feyenoord will face Slavia Prague, PSV Eindhoven will take on Leicester, and Marseille will play PAOK Thessaloniki.

Roma, which is coached by Jose Mourinho, was drawn to face Bodø/Glimt, a Norwegian club which has reached the quarterfinals of a European tournament for the first time. 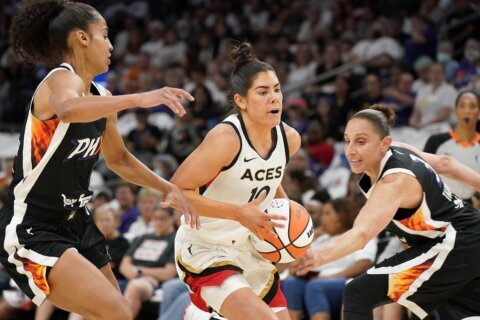 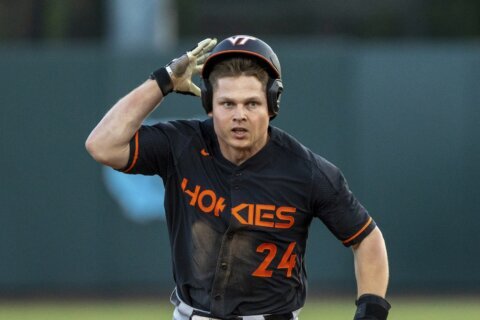