LONDON (AP) — Right backs Trent Alexander-Arnold and Reece James were among four players to withdraw from the England squad on Monday because of injuries ahead of friendly matches against Switzerland and the Ivory Coast.

Crystal Palace’s Tyrick Mitchell and Southampton’s Kyle Walker-Peters were called up for the first time as replacements for Alexander-Arnold and James. Goalkeeper Sam Johnstone and striker Ollie Watkins also were summoned.

Alexander-Arnold (Liverpool), James (Chelsea) and Ramsdale (Arsenal) all missed games for their clubs over the weekend.

England plays Switzerland on Saturday and the Ivory Coast on March 29, with both games at Wembley Stadium. 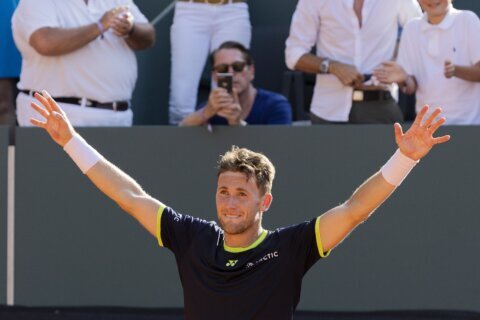