Home » Sports » NWSL Board of Governors…

The Board of Governors for the National Women’s Soccer League approved its landmark collective bargaining agreement with the players on Tuesday.
Listen now to WTOP News WTOP.com | Alexa | Google Home | WTOP App | 103.5 FM

The Board of Governors for the National Women’s Soccer League approved its landmark collective bargaining agreement with the players on Tuesday.

The players association announced Monday night that it had ratified the agreement, which includes a significant boost to the league’s minimum salary and step-ladder increases for players above the minimum.

The CBA was finalized on the same day players reported to team training camps. The NWSL is embarking on its 10th season as the top women’s professional league in the United States and two new teams, Angel City and the San Diego Wave, are joining the league.

The contract is a first for women’s professional soccer in the United States.

“It’s really going to make us one of the top leagues for a long time,” Houston Dash player Katie Naughton said. “It’s going to draw a lot of talent internationally and keep domestic players here.”

The CBA runs through the 2026 season. Among the provisions is a minimum salary of $35,000 — a nearly 60% increase — with 4% yearly raises. All players will see salary increases, along with matching retirement fund contributions starting in 2023, life and health insurance and housing stipends.

When the NWSL launched in 2013, the minimum salary was $6,000 and last season it was $22,000. The players association said about one-third of its membership was paid the league minimum last season, while about 75% made less than $33,000.

The CBA allows for free agency starting in 2023 for players with a minimum of six years, and drops to a minimum of five years in 2024.

The agreement also includes eight weeks of parental leave and up to six months in paid mental health leave, as well as provisions for safe playing fields and medical staffs. The union said it would make the entire agreement public in coming weeks.

“The first CBA and women’s soccer ever I think in this country, I think is really, really special. And the people who are working behind the scenes, the PA, everything, was amazing,” she said after the team’s first practice. “They put so much work in and we’re very thankful and grateful to finally have a CBA in place. So we’re very excited for that.”

Yael Averbuch, a former player and current general manager of Gotham FC, founded the NWSLPA in 2017 with current executive director, Meghann Burke. The CBA was the culmination of the process she started.

Last September, two former NWSL players came forward to accuse longtime coach Paul Riley, then with the North Carolina Courage, of harassment and sexual coercion. He was fired and the NWSL commissioner stepped down in the wake of the accusations.

In all, five coaches were dismissed or stepped down amid reports of inappropriate behavior.

Players suggested that without a CBA they might not report to teams for training camps. But on Tuesday the league’s teams announced preseason rosters and many held practice.

“This transformative first CBA for women’s soccer will provide the basis for growth of the game and well-deserved security of the players for the next five years, while also representing an investment of nearly $100 million to keep the NWSL the best women’s soccer league in the world,” North Carolina Courage owner Steve Malik said in a statement. “We could not be happier to raise the standards of professionalism in our sport to new levels for the good of the players.” 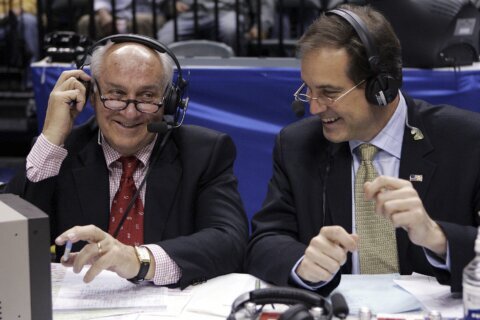