LONDON (AP) — Jarrod Bowen scored twice to send West Ham back into the top four of the Premier League with a 2-0 win over Norwich on Wednesday.

Bowen’s seventh and eighth goals of the season secured a third straight Premier League win for the Hammers and left Norwich rooted to the bottom of the table.

With eight assists as well, Bowen has now been directly involved in 16 goals this season — the most of any English player in the top flight.

West Ham climbed two points above Arsenal into fourth place, although the Gunners have a game in hand.

Bowen also had a goal ruled out in the 35th minute when his cross flew straight in, but Nikola Vlasic was offside and interfering as the ball whizzed over his head.

West Ham finally made its pressure count three minutes before halftime. Aaron Cresswell’s cross was overhit but found Vladimir Coufal on the right, and when the Czech full-back curled the ball back into the area Bowen got in front of Ben Gibson and nodded it home.

Bowen hit both the crossbar and the post in the second half before adding his second seven minutes from time when he prodded home Arthur Masuaku’s cross. That time, the VAR overturned an offside decision to seal the points for West Ham. 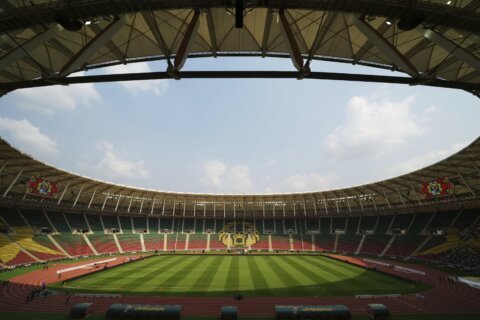