NEWCASTLE, England (AP) — Newcastle began its first transfer window under Saudi ownership by signing fullback Kieran Trippier from Atletico Madrid on Friday, and Aston Villa brought Philippe Coutinho back to the Premier League on loan after he was unable to make an impact at Barcelona.

The acquisition of Trippier highlights the level of player Newcastle can attract now that it is one of the richest clubs in the world, though Barcelona’s purchase of Coutinho from Liverpool in January 2018 could serve as a cautionary tale about overspending.

Trippier, who started for England in the European Championship final in July, has swapped the Spanish champion for a team struggling against relegation in the Premier League in a move that is reportedly costing Newcastle 12 million pounds ($16.25 million).

Newcastle is in next-to-last place in the league after winning just one of its 19 games so far. Its chances of escaping relegation could hinge on how successful its January transfer window proves.

The resources available to the club are significantly greater than its relegation rivals following Saudi Arabia’s sovereign wealth fund’s purchase of Newcastle in October, and more high-profile signings could follow this month.

Trippier returns to the Premier League 2½ years after leaving Tottenham to join Atletico. He was previously at Burnley under manager Eddie Howe, who is currently in charge at Newcastle.

“I really enjoyed my time in Madrid, but when I became aware of interest from Newcastle United, and having worked with Eddie Howe before, I knew this was where I wanted to be,” Trippier said. “I’m aware there is a lot of work ahead of us but I know the demands of Premier League well and I know what an amazing club this is with very talented players.”

Villa has Coutinho on loan for the rest of the season with an option to buy the Brazil midfielder.

The move reunites the 29-year-old Coutinho with Villa manager Steven Gerrard. They were teammates at Liverpool.

Coutinho became one of the most expensive players in soccer history when Barcelona paid Liverpool a transfer fee of $192 million, but the playmaker often struggled at Camp Nou and spent the 2019-20 season on loan at Bayern Munich. 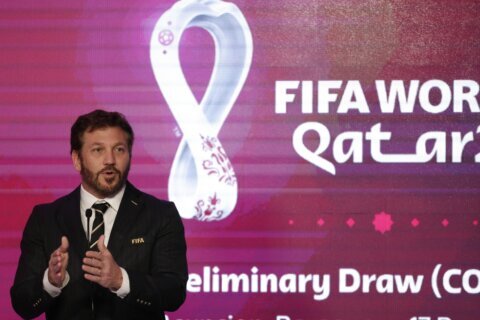