Major League Soccer clubs must interview at least one Black candidate when hiring for sporting positions as part of updates to the diversity hiring policy announced by the league Tuesday.

Commissioner Don Garber said during his state of the league address that the work on updating the league’s diversity hiring process started about a year ago following the hiring of Sola Winley as the league’s chief diversity, equity and inclusion officer, and included collaboration with Black Players for Change and the Soccer Collective on Racial Equality.

“We had the equivalent of the Rooney Rule … it’s been some time and it needed evolution,” Garber said. “I mean, the goal is to increase representation, particularly among the Black community. We need to fill the pipeline with candidates. We’ve got work that we need to do there. There are a lot of programs and initiatives.”

While the new requirements are only related to technical staff within each franchise, the league plans to expand the hiring requirements to front offices in the future. Garber didn’t have a timeframe on when that would happen other than to say it would be coming soon. He said the teams have been supportive.

For a change, Garber’s year-end address didn’t focus on labor agreements after the sides settled on a new collective bargaining agreement in February that runs through 2027.

But expansion remains a hot question. MLS will welcome its 28th franchise with Charlotte beginning play next season and St. Louis starting in 2023 with its downtown soccer stadium expected to be completed in late 2022.

As for the 30th team, Las Vegas is the clear leader in the discussions. There are ongoing conversations with other potential markets like Phoenix and San Diego, but Garber said there’s been progress made in Las Vegas with potential owner Wes Edens and the chance of an announcement in the next year.

“We’re very bullish about the market and will continue to plow forward,” Garber said.

Other topics addressed by Garber:

— The league hopes to have its next media deals completed in the first quarter of 2022. The current media deals expire after next year. Garber said what’s being presented to potential bidders is an entire package as teams were told several years ago to have their local media, streaming, data and sports betting deals expiring by the end of the 2022 season. “Our new package sort of takes a step forward in assuming and accepting the fact that consumers are going to engage in ways without barriers that are specific to gating or specific to local markets,” Garber said.

— Garber did not have much of an update on the ownership situation with Real Salt Lake. The league took control of sale of the club last January with the goal of having a sale finalized by the end of this year. There have been rumors of potential buyers. But no sale has been finalized yet. “We had a timetable to get that done by the end of the year. We’ll see if that’s still achievable,” Garber said.

— The league will open a new soccer-specific stadium in Nashville next season, but the stadium situation for New York City FC remains troublesome. Saturday’s MLS Cup final will be hosted in Portland, but had the Timbers lost to RSL in the Western Conference final, NYCFC would have hosted the final at Yankee Stadium. Garber said NYCFC ownership continues to work through issues in seeking a permanent stadium solution. “We’ve got to get it right. It’s not that easy to build stadiums in large cities, and New York is the largest in our league. So I’m confident in time they’ll be able to have a stadium of their own. I hope I’m still commissioner at that time,” Garber said. 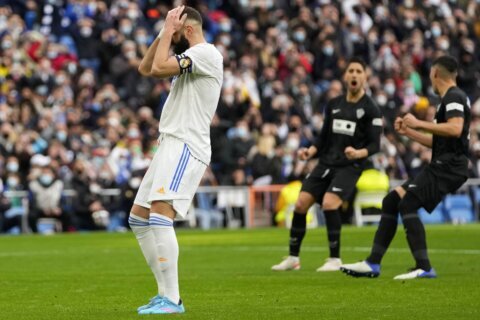 Missed penalty, injury and burglary on same day for Benzema 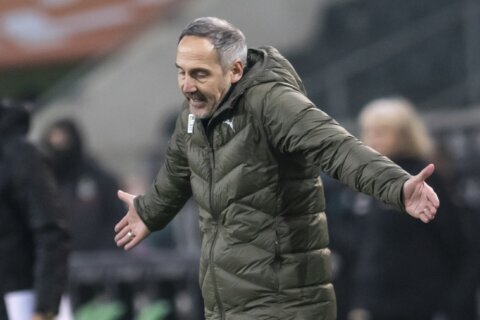