Lukaku’s first season back in England has been hampered by an ankle injury and the striker hadn’t scored in the league since last facing Villa 106 days earlier.

There was a huge slice of fortune for Villa’s goal in the 28th minute when Chelsea defender Reece James rose to clear Matt Targett’s left-wing cross but only succeeded in diverting it over his own goalkeeper — Edouard Mendy.

Villa gifted Chelsea a way back six minutes later when Matty Cash recklessly dived in on Callum Hudson-Odoi in the penalty area and Jorginho stepped up to convert from the spot.

Lukaku’s Premier League drought ended in the 56th. Hudson-Odoi’s cross found Lukaku drifting in ahead of a dozing Tyrone Mings and he glanced in from seven yards (meters).

It was Lukaku who made the telling impact once again in stoppage time. Ezri Konsa brought him down and Jorginho netted again from the spot.

Villa, which stayed in 10th place, was without manager Steven Gerrard who is isolating with coronavirus. 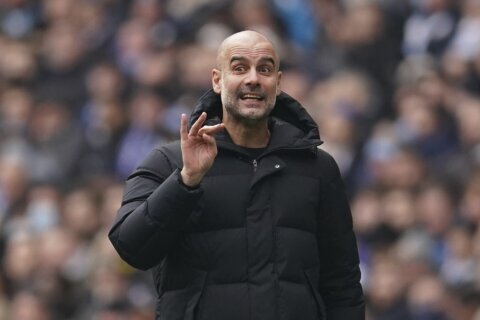 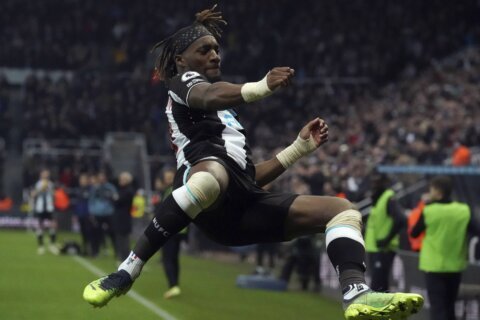