The German soccer federation said Eckel died Friday. It did not give a cause of death.

Eckel was one of only two West German players to play in every match as the team completed the “Wonder of Bern” by beating pre-tournament favorite Hungary 3-2 in the final.

Fritz Walter, the team’s captain, was the other. Walter was a Kaiserslautern teammate of Eckel’s and a mentor for the then-22-year-old midfielder, who was the youngest in the West German squad. The World Cup win signified the country’s return to the international soccer stage following World War II. German teams weren’t able to enter the 1950 tournament.

“As a team player he was outstanding,” former Kaiserslautern player and coach Otto Rehhagel said at Eckel’s 85th birthday celebration in 2017.

Eckel made his first appearance for West Germany in November 1952 after being spotted by national team coach Sepp Herberger playing for Kaiserslautern in a friendly game against Schalke. Eckel scored two goals and was recommended by Walter, who benefitted from his teammate’s tireless running on the right.

“He can run like a greyhound,” Walter told Herberger.

The name stuck and Eckel became known as “Greyhound” because of his thin stature and willingness to run, a characteristic that helped Kaiserslautern win two league titles in the early 1950s. He typically played at right back or right-sided midfield but could also play a more central role.

Eckel went on to play 32 games for West Germany, with the crowing moment coming in the 1954 World Cup final. The German soccer federation paid tribute to Eckel on Friday for marking Hungarian playmaker Nandor Hidegkuti “out of the game.”

“Herberger told each of us exactly what we had to do, what the team had to do, and then he said, ‘Go out there, play your game, and win,’” Eckel recalled 60 years later.

The team was feted upon its return from Switzerland. It was the country’s first World Cup title.

“It’s only when we came back to Germany on the train and saw the excitement on the way and in the cities that we knew that we were really world champions,” Eckel said.

World Cup success did not alter much for the 22-year-old Eckel. He earned 320 German marks ($76 at the time) per month from Kaiserslautern and needed another job to survive.

Bristol City reportedly offered Eckel 20 times more than he was earning at Kaiserslautern but there was no question of him leaving the club.

“I know nobody would understand today why I didn’t move. But I didn’t play soccer for money. I just wanted to be a good player, that was all,” Eckel told Kicker magazine in 2017. “I would have even paid money to play for Kaiserslautern.”

Eckel was always a Kaiserslautern fan. As a youth, he used to cycle 30 kilometers (19 miles) to see the team play. He watched through a hole in the fence because he didn’t have money for tickets, according to 11 Freunde magazine.

Eckel was already playing for hometown club SC Vogelbach when he was 15, winning attention with his goals as a forward. He signed with Kaiserslautern when he was 17, joining his idol Walter, who quickly took the young Eckel under his wing.

League titles followed in 1951 and 1954. Eckel made 214 league appearances for Kaiserslautern between 1949-60 before leaving for SV Röchling Völklingen.

Eckel remained modest and grounded throughout and after his soccer career. His amiable manner endeared him to teammates, rivals and fans.

“He always stressed the importance of togetherness in the team, this humanity and friendship,” former Kaiserslautern forward Miroslav Klose said.

Eckel was always happy to talk about the 1954 World Cup in particular, but especially to those who weren’t around to experience it at the time.

“Today when young people come to me, and school kids come to me, and say, ‘You know, I am so and so.’ That’s a wonderful thing,” Eckel said on his 85th birthday. “It makes me a little bit proud.” 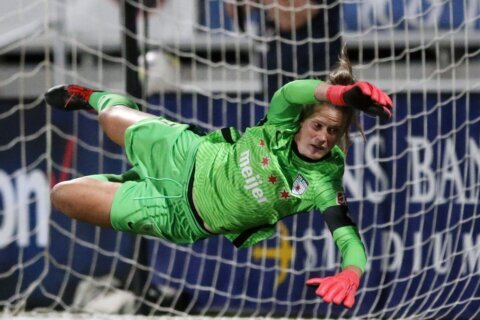 Naeher back with US team after recovering from injury 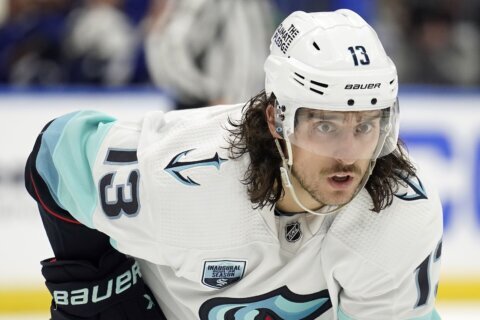 Brandon Tanev taking on new role with Kraken during recovery 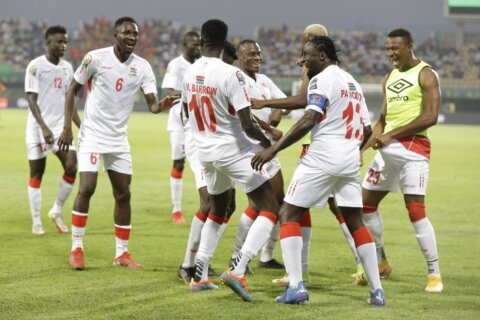