Two-time major champion Amelie Mauresmo was appointed as tournament director of the French Open on Thursday, replacing Guy Forget and becoming the first woman to hold the position.

Forget, whose contract was to expire at the end of the year, resigned this week, citing communication issues with new French tennis federation president Gilles Moretton.

“This tournament has made me dream since my early days, has created a vocation in me,” Maursemo told a press conference on Thursday.

But she was never able to emulate Noah’s feat of winning on the clay at Roland Garros, failing to go beyond the quarterfinals at the Grand Slam tournament in Paris, where she struggled to withstand the pressure in front of her home crowd.

Mauresmo, whose backhand delighted tennis aficionados around the world, also won the Fed Cup with France in 2003 and the WTA Tour championship in 2005. She won the Olympic silver medal in Athens in 2004.

After her playing career, Mauresmo coached one of the top men’s players, Andy Murray. She was also France’s Fed Cup women’s team captain and did TV commentary work during Roland Garros this year.

Mauresmo is the second woman to be appointed as a Grand Slam director after Stacey Allaster, the U.S. Open’s tournament boss.

“Yes, I am very proud to be the first woman director of Roland Garros, but I also believe that it is necessary to emphasize why I am here, other (reasons) than my gender,” Mauresmo said. “I would like this question to be no longer relevant today. We need to aim and move toward something more egalitarian, regardless of gender. It doesn’t matter what gender you are, it’s just what skills you have.”

Forget had been running the tournament at Roland Garros since 2016. He was a former tennis player who achieved a career-best ranking of No. 4 in the early 1990s.

Stade Roland Garros had undergone a major facelift during Forget’s tenure, with the addition of a retractable roof on Court Philippe Chatrier and the building of a stunning new court surrounded by greenhouses filled with exotic plants.

Giggs’ domestic violence trial set to be after WCup playoffs 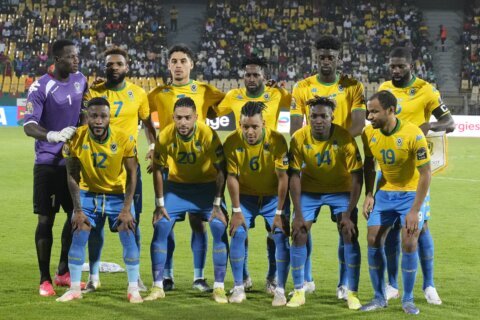