Arsenal stripped Pierre-Emerick Aubameyang of the captaincy on Tuesday after another disciplinary breach, saying the striker hadn’t worked “to the rules and standards” set by the club.

Aubameyang, Arsenal’s highest-paid player, was also told he would not be considered for selection for the English Premier League game against West Ham on Wednesday.

The Gabon striker was left out for the 3-0 win over Southampton on Saturday because of what manager Mikel Arteta described as a “disciplinary breach.” Aubameyang reportedly was allowed by the club to travel to France for a family matter last week, after the 2-1 loss at Everton on Dec. 6 which he started as a substitute, but returned a day later than agreed.

Arteta said it was a “really unpleasant situation” but the decision was taken in a bid to “build that trust and strong culture around the club.”

“They have demanded that we … take our culture, our demands and who we want to be as a club — and how we want to represent this football club — to a different level,” Arteta said of his squad. “And when those standards are not met, you know you cannot participate on a daily basis.”

Aubameyang was left out of the team for the north London derby against Tottenham in March because of a “disciplinary issue,” according to Arteta at the time. He was reported to have been late for training on that occasion.

Arteta didn’t say if there had been other breaches of discipline by Aubameyang.

“We expect all our players, particularly our captain, to work to the rules and standards we have all set and agreed,” Arsenal said in a short statement.

“We are fully focused on tomorrow’s match.”

Aubameyang has just four goals in 14 Premier League games this season after signing a three-year contract extension last year that made him the team’s highest-paid player.

He was made captain by Arteta’s predecessor, Unai Emery, after Granit Xhaka was stripped of the honor in November 2019 following his angry reaction to being booed by Arsenal fans after being substituted in a league game.

Xhaka is part of a recently formed “leadership group” at the club which also involves French striker Alexandre Lacazette, who was captain against Southampton.

Whoever replaces Aubameyang as captain on a permanent basis will be Arsenal’s 11th in 14 years, and Arteta said it was a significant role because of the team’s “multi-racial dressing room that needs a lot of attention and different feelings and different languages.”

“That leadership group is really strong, is the one that communicates with myself and the coaching staff and with the club in a really clear and strong way, and we will continue like that,” Arteta said.

“That is one of the decisions we made — to make that group a little bit better and try to educate them and to get the right feedback all the time and build that trust and strong culture around the club.”

Aubameyang joined Arsenal from Borussia Dortmund in January 2018 and his latest contract runs to the summer of 2023.

He said he wanted to become “an Arsenal legend” when using a live video recording on Twitter to announce his lucrative new deal in September last year. That was a reward at the end of his first two full seasons at Arsenal where he shared the Golden Boot — the trophy given to the Premier League’s leading scorer — in the 2018-19 season and was only one goal short of the award, won by Leicester’s Jamie Vardy, in the 2019-20 season.

He also scored twice in the FA Cup final in August 2020 to give Arsenal a 2-1 win over Chelsea and the club’s first trophy under Arteta.

Aubameyang’s performance levels have dipped since then and he scored 10 league goals last season, which proved difficult for him. In January, he was granted time away to visit his mother because she had health issues, and he missed games in the Premier League and FA Cup. He also had time out in April after contracting malaria.

Arsenal is in sixth place, two points behind fourth-placed West Ham going into the game at Emirates Stadium.

Hwang Hee-chan to sign on permanent basis for Wolves 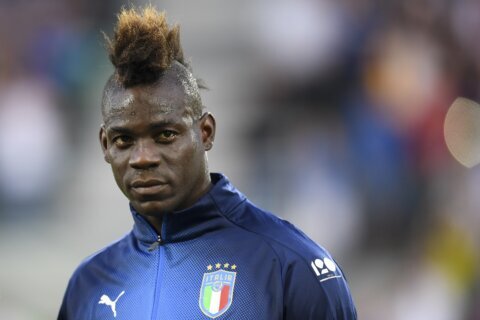