SAO PAULO (AP) — Atlético Mineiro came from two goals down to clinch its first Brazilian championship title in 50 years with a 3-2 win at Bahia on Thursday.

Atlético turned the game around with three goals in five minutes as striker Hulk first netted a penalty in the 73rd and Keno then scored twice to complete the comeback.

The win gave Atletico 81 points from 36 matches, putting it out of reach of second-place Flamengo with two rounds left.

It is only the second Brazilian championship title in the club’s history and the victory set off street parties in its hometown Belo Horizonte.

After a scoreless first half, Bahia had taken the lead through Luiz Otávio in the 62nd minute and Gilberto four minutes later. 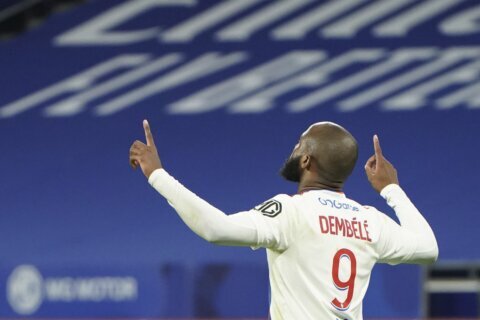