EDMONTON, Alberta (AP) — In the chill of what was dubbed “Iceteca Stadium,” Canada beat Mexico in a World Cup qualifier for the first time since 1976.

Cyle Larin scored late in the first half and early in the second, then celebrated in front of snow bank in a 2-1 victory on Tuesday night.

Seeking a homefield advantage, Canada scheduled the game for Commonwealth Stadium, where it was 16 degrees Fahrenheit (minus-9 Celsius) at kickoff — well below the 52 degrees (11 Celsius) for Friday’s 1-0 win over Costa Rica on the same artificial turf field. Attendance was announced at 44,212.

“The road games are really tough, everyone is going to use their terrains to their advantage,” Canada coach John Herdman said. “The games bring out the Canadian in our players. They all grew up on plastic pitch.”

Héctor Herrera headed in a 90th-minute goal for Mexico, and Milan Borjan made a pair of saves during five minutes of stoppage time.

“That was the longest six minutes of my bloody life,” Herdman said. “Thank goodness for Milan Borjan and all the other players who put their bodies on the line.”

Larin scored in the second minute of first-half stoppage time and doubled the lead in the 52nd with his 10th goal of qualifying.

“He was feeling ill the first few days when we got here,” Herdman said. ”He really hadn’t eaten for, I think it was two days.”

“I’m happy to to tie the record and hopefully beat it, but I wouldn’t be able to do it without my teammates,” Larin said. “We all played a part in it.”

Alistair Johnston’s bouncing 25-yard shot was spilled by Guillermo Ochoa, and Larin converted the rebound from 3 yards for the go-ahead goal.

Larin stuck out his right foot to redirect Stephen Eustáquio’s free kick, then headed to the corner where snow was piled after falling earlier in the day. Traces of snow were near the flags where players took corner kicks.

“As is standard practice for all matches, per the laws of the game the referee will determine if the field is playable,” CONCACAF spokesman Nicholas Noble wrote in an email to The Associated Press. “This happens as a matter of course.”

Canada, seeking its first World Cup appearance since 1986, moved into first place in North and Central America and the Caribbean with 16 points, followed by the United States with 15. Mexico was third with 14 points, ahead of Panama on goal difference.

The top three nations qualify for next year’s World Cup, and the No. 4 team advances to a playoff.

“The boys played our hearts out. We left everything on the pitch,” Hutchinson said. “We knew how important this game was, and we wanted to go out and make a statement.” 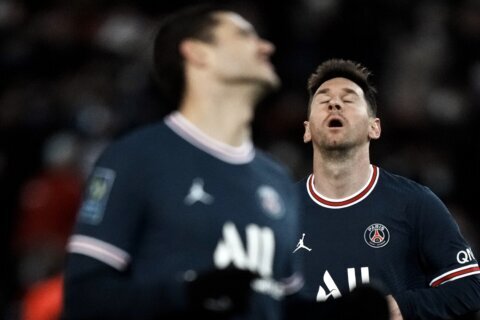 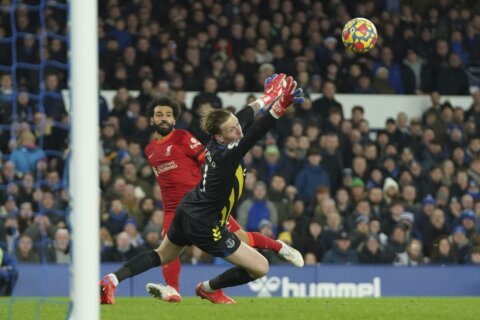 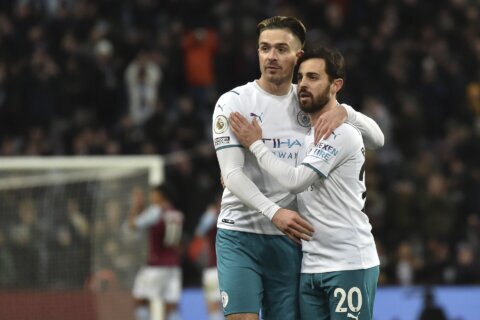