SEVILLE, Spain (AP) — Spain didn’t falter with a World Cup spot on the line and will make its 12th straight appearance at the tournament next year.

The 40-year-old Ibrahimovic came off the bench in the 74th minute but couldn’t spark the visitors to victory, which was the only result for Sweden to avoid the playoffs next year.

Morata scored the winner in the tense match in Seville from inside the area in the 86th after a long-range shot by Dani Olmo struck the post.

“We worked hard to make it to this World Cup,” said Morata, who was criticized by fans when Spain played in Seville during the European Championship earlier this year. “We’ve gone through some difficult moments together but the World Cup is where we deserve to be.”

Spain finished with 19 points, four more than Sweden, which will be drawn against the other nine runners-up and two group winners from the UEFA Nations League. The playoffs will be played in March with the 12 nations playing in three four-team brackets. The seeded teams will get a home game in the bracket semifinals.

Sweden was coming off a surprising 2-0 loss at already eliminated Georgia to drop behind Spain in the group standings.

The Swedes made it to the quarterfinals of the 2018 World Cup but didn’t qualify for the tournament in 2014 and 2010.

Spain has qualified for every World Cup since 1978, winning its lone global title in 2010 in South Africa. It was eliminated by host Russia in the last 16 of the 2018 World Cup.

Backed by a crowd of more than 50,000 at La Cartuja Stadium, Spain controlled possession but struggled to create many significant scoring changes. Alexander Isak threatened the most for Sweden, squandering one of the team’s best chances in the second half with a shot that went over the crossbar.

“We had our chances but we knew it was going to be hard to play against Spain here,” Isak said. “We were alive until the final minutes.”

Sweden beat Spain 2-1 in September in their first qualifier but the teams had drawn 0-0 in Seville in the group stage of Euro 2020.

In Athens, already eliminated Greece and Kosovo drew 1-1 in the other group match. 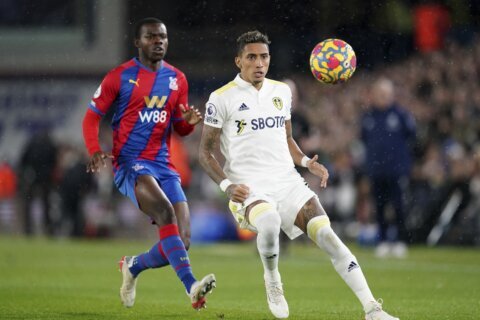 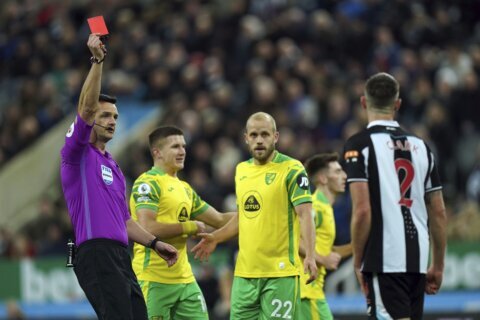 14 games and counting without an EPL win for Newcastle