The last time the Philadelphia Union faced the New York Red Bulls to open the Major League Soccer playoffs was in 2019. And it was memorable — especially for the Union.

Philadelphia fell behind 3-1 in the first half, only to come back and win 4-3 in extra time. Marco Fabian scored the winning goal in the 105th minute. It was the Union’s first playoff victory.

“I have vivid memories of that 2019 game against Red Bull. We obviously made playoff history for the club winning the first game,” Union captain Alejandro Bedoya said. “But it’s a whole new year and a whole new season, brand new team with different players, so I hope that we perform to a level where we’re not going to be down 2-0 or 3-1 to have to come back.”

The two teams face off again to open the playoffs Saturday as the league resumes play after an international break.

Philadelphia secured the second seed in the Eastern Conference behind Supporters’ Shield winner New England, which has an opening round bye. It is the Union’s fourth consecutive trip to the playoffs.

Last year after winning the Supporters’ Shield, the Union fell to the Revolution in the opening round.

The Red Bulls, who have been to the postseason 12 straight years, finished with the seventh seed.

The two teams met three times this season, with the Union winning the first at home followed by a pair of draws at Red Bull Arena.

“We have some interesting appearances the last few months, we have three times had the chance to win against Philly, and right now we have one more chance,” Red Bulls coach Gerhard Struber said. “We are always very, very close to bringing points home against Philly.”

The two teams have never met in the postseason but they met twice in the regular season this year, splitting the results.

Vancouver, the sixth seed in the Western Conference, earned a postseason berth for the first time since 2017. The Whitecaps are riding a six-game undefeated streak and are led by Brian White with 12 goals and five assists.

Kansas City, the third seed, has 16 goals from Daniel Salloi.

Last season, Sporting advanced from the first round on a penalty shootout after a 3-3 draw with the San Jose Earthquakes. Kansas City fell in the conference semifinals to Minnesota.

The two teams played twice in the regular season, with NYCFC winning the first before a draw in Atlanta. They’ve met once before in the playoffs, with Atlanta winning 4-1 on aggregate in the two-legged Eastern Conference semifinals in 2018.

Atlanta went on to win the MLS Cup championship that year over the Portland Timbers.

NYCFC, making its sixth straight playoff appearance, fell to Orlando in the opening round last year.

Fourth-seeded NYCFC is riding a five-game unbeaten streak into the playoffs. The team is led Valentin “Taty” Castellanos, who won this season’s Golden Boot with 19 goals. He also had eight assists.

Josef Martinez had 12 goals this season for fifth-seeded Atlanta.

Fifth-seeded Minnesota won both games against the Timbers this season, extending a seven-match unbeaten streak in the series. Fourth-seeded Portland hasn’t won against the Loons since 2018.

The Timbers won the MLS Cup in 2015 and were runners-up in 2018. It is the fifth straight season they’ve advanced to the postseason.

The Loons are playing in the postseason for the third straight year. They won their first playoff game last year in the opening round against Colorado, then beat Sporting KC in the conference semifinals before falling to the Sounders.

Felipe Mora leads the Timbers with 11 goals while Robin Lod has nine for the Loons.

Nashville earned the third seed this year after becoming one of just seven expansion teams to make the playoffs last year.

The two sides, who have never met in the playoffs, faced each other three times this season, playing to draws each time. Nashville finished with 18 draws this season to tie a league record.

Sixth-seeded Orlando got into the playoffs with a 2-0 Decision Day victory over Montreal to end a four-game winless streak.

Hany Mukhtar has 16 goals for Nashville this season, including two goals directly from free kicks.

Nany and Daryl Dike each have 10 goals for Orlando this season.

The two teams met twice during the season with each winning at home. They’ve met three times in the postseason, last in 2019 when the Sounders won 2-0 the Western Conference semifinal.

The second-seeded Sounders have advanced to the playoffs in each of their 13 seasons in the league, for the most consecutive playoff appearances in MLS history.

Seattle has been to to the MLS Cup final four times, winning the title in 2016 and 2019. Last year the Sounders advanced to the final but fell to Columbus.

Seventh-seeded RSL has reached the MLS Cup title match twice, winning it in 2009.

Raul Ruidiaz leads the Sounders with 17 goals this year. He has nine goals and six assists in 10 career postseason matches.

The winner of the opening round game between Portland and Minnesota will play the top-seeded Rapids in the Western Conference semifinals on Thanksgiving in Colorado.

The winner of the game between NYCFC and Atlanta advances to play top-seeded New England in the Eastern Conference semis at Foxboro. 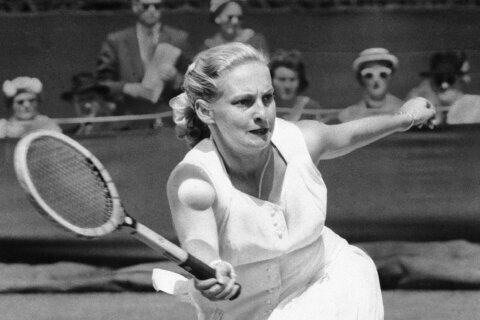