American Korda to play top-seeded Alcaraz in Next Gen final

MILAN (AP) — Sebastian Korda beat compatriot Brandon Nakashima in five sets on Friday to become the first American to reach the final at the Next Gen ATP Finals.

He’ll face top-seeded Carlos Alcaraz in Saturday’s final, after the Spanish teenager beat Sebastian Baez of Argentina in straight sets. It will be the first meeting between the two.

“It’ll be really exciting, hopefully we can have a lot of battles in the next coming years,” Korda said. “He’s playing some incredible tennis, really aggressive player, really strong mentally.”

He set up three match points in the final game and converted the first with a backhand that only barely crept over the net. Korda held up his hands as if in apology at how he had managed the winning point.

“Brandon’s such an incredible player. We’ve practiced so many times together so we know each other’s game pretty well,” Korda said. “I was kind of losing my patience and my mind a little but then I gathered it all together in the fourth and fifth set and started being a lot more aggressive and it worked out really well for me.”

The only time the 18-year-old Alcaraz appeared to struggle was in the penultimate game of the match, when he faced three break points. But he responded with three serves of speeds over 214 kph (133 mph) — including two aces.

Both Korda and Alcaraz won all three of their matches in the round-robin group stage.

It is the fourth edition of the tournament in Milan for the top 21-and-under players on the ATP Tour. It was canceled last year because of the coronavirus pandemic. The ATP Finals will also be in Italy, in Turin next week. 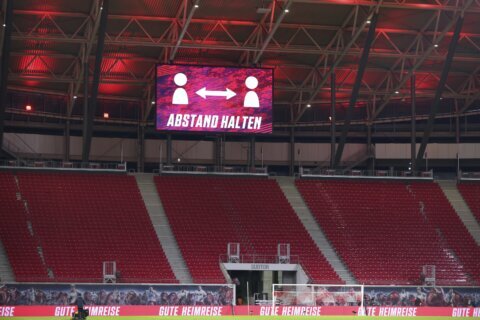