FLORENCE, Italy (AP) — Italy lost another two midfielders ahead of the key World Cup qualifier against Switzerland in Rome on Friday, as the Swiss injury list also lengthened.

Coach Roberto Mancini, already without regular starter Marco Verratti through injury, said on Monday that Nicolò Zaniolo and Lorenzo Pellegrini would return to their club Roma.

Pellegrini has a knee injury while Zaniolo has a left calf issue. Both also missed Italy’s victorious European Championship campaign through injury.

Switzerland had already been without captain Granit Xhaka and forward Haris Seferovic to long-term injuries, and lost winger Steven Zuber on Monday as the fourth player to drop out injured from the squad selected last week.

Italy and Switzerland have 14 points atop Group C with the European champion having the tiebreaker advantage on goal difference of two goals better.

Only the first-place finisher gets a direct spot into next year’s finals in Qatar. The second-placed team goes into the playoffs in March, needing to advance past two opponents to reach the World Cup.

Mancini has called up Matteo Pessina and Danilo Cataldi to replace Zaniolo and Pellegrini. Pessina won Euro 2020 but has only just returned from injury, coming on as a stoppage-time substitute in Atalanta’s 2-1 win at Cagliari at the weekend.

The 27-year-old Cataldi has never played for Italy and the Lazio midfielder received his only previous call-up to the squad five years ago.

Inter Milan midfielder Nicolò Barella should recover in time to play for Italy despite being substituted in Sunday’s derby against AC Milan after picking up a knock.

Juventus defenders Leonardo Bonucci and Giorgio Chiellini are also fit after missing the Serie A match against Fiorentina on Saturday.

“It’s an important match so we mustn’t feel the pressure as we prepare,” Mancini said. “We have to be as calm as possible. Normally matches against Switzerland are always difficult and Friday’s match will be too.”

After Switzerland, Italy plays Northern Ireland in Belfast next Monday. The Swiss finish by hosting Bulgaria.

Italy beat Switzerland 3-0 in Rome in the group phase of Euro 2020. The teams drew 0-0 in Basel in September in the World Cup qualifiers. 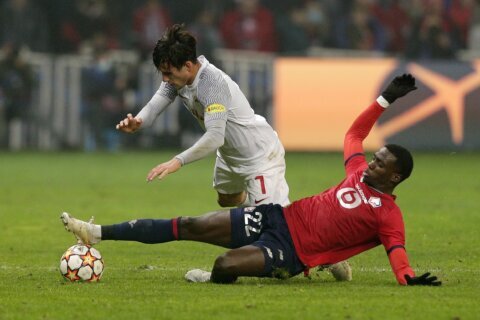 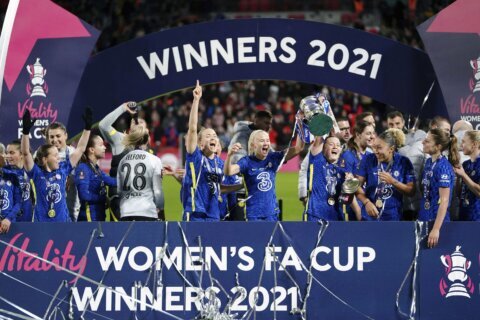 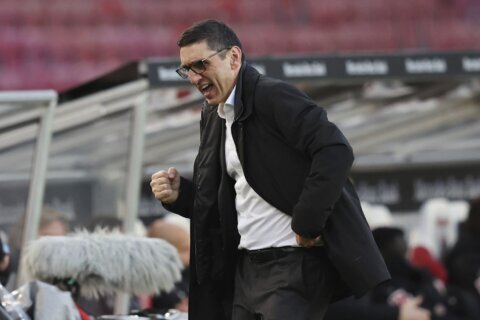