LONDON (AP) — English cricket’s governing body will create an anti-discrimination unit and conduct a review of dressing-room culture in response to recent revelations about racism in the sport.

The England and Wales Cricket Board on Friday released its comprehensive plan to address issues raised by whistleblower Azeem Rafiq, who testified at a parliamentary hearing about the racism he suffered while playing at Yorkshire.

“For cricket truly to ‘connect communities and improve lives’ — our stated aim at the ECB — we must start by accepting that not enough has happened to make our game better, both inside our own walls and across the wider game,” ECB chief executive Tom Harrison said in the announcement.

“That is the only possible reaction to the powerful testimony of Azeem Rafiq and others in recent weeks,” he added.

Rafiq, a former England under-19 captain, testified through tears about his experiences of racism and bullying while playing for Yorkshire — England’s most successful cricket club.

His complaints reached the British Parliament after Yorkshire’s report about his accusations dismissed some abuse as “friendly banter” and led to no immediate departures from the club’s hierarchy.

The ECB’s plan, which had input from every level of English cricket, includes adopting a standardized approach “to reporting, investigating, and responding to complaints, allegations, and whistleblowing across the game.”

There will be a full review of “dressing-room culture in all men’s and women’s professional teams, both domestic and international” and a redesigned program of player and coach education to address gaps identified by the review.

The plan includes a commitment of 25 million pounds ($33.3 million) over five years to support actions improving equality, diversity and inclusion.

Improving boardroom diversity will be a goal, as will helping people from diverse backgrounds progress into professional teams, through scouting and with “targeted support programs for players from diverse or under-privileged backgrounds.”

Crowd behavior will also get a “full-scale review” ahead of the 2022 season.

“Our role as the ECB will now be to acknowledge the changes that need to be made internally, as well as offer support, resource, and funding to assist the game in making these changes,” Harrison said.

Rafiq had testified that Yorkshire teammates used an offensive term referencing his Pakistani heritage and that the leadership at the 33-time winners of the English county championship failed to act on the racism.

Rafiq had said he felt “isolated, humiliated at times” by his treatment at Yorkshire during two spells playing for the club from 2008 to 2018.

The ECB then suspended Yorkshire from hosting international matches over its “wholly unacceptable” response to the racism faced by Rafiq, while kit supplier Nike ended its sponsorship.

Rafiq’s accusations brought forth similar complaints from other players and triggered the uncovering of other historical cases.

Two former players at Essex recently said they were racially abused at that club, whose chairman resigned over the use of racist language at a board meeting four years ago.

Days after the parliamentary hearing, Rafiq himself apologized after admitting to sending antisemitic messages 10 years ago.

A week ago, cricketer Alex Hales apologized after the publication of a photo showing him in blackface portraying Tupac Shakur at a party in 2009. 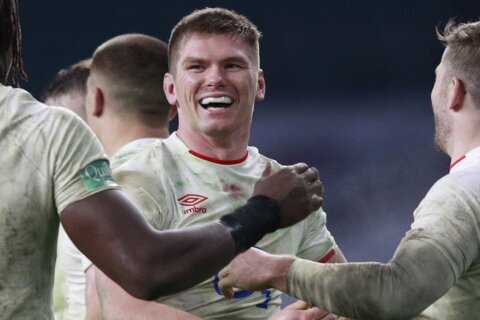