Wisdom of Maldini, Ibra rubbing off on England’s Tomori

From getting lessons in the art of defending from Paolo Maldini to winning games of footgolf alongside Zlatan Ibrahimovic, Fikayo…
Listen now to WTOP News WTOP.com | Alexa | Google Home | WTOP App | 103.5 FM

From getting lessons in the art of defending from Paolo Maldini to winning games of footgolf alongside Zlatan Ibrahimovic, Fikayo Tomori has always felt the weight of history and a pressure to deliver at AC Milan.

“It brings out the best in me,” the 23-year-old Tomori said Wednesday about how he feels playing for the seven-time European champions. “That kind of need to win, it’s definitely a driving force.”

Frozen out by Chelsea — he still doesn’t know why that happened — the center back chose to ignite his career at the start of 2021 by moving to Italy, where defending is cherished more than maybe anywhere else.

Nine months later, he is back in the England squad and dreaming of playing in next year’s World Cup in Qatar.

“I feel really comfortable and settled,” Tomori said on a video call from England’s training base, “and it has led me to be here.”

It has been nearly two years since Tomori won his first and only England cap, in a European Championship qualifier against Kosovo. At that time, he’d just broken into the first team at Chelsea — where he came through the academy system — under then-manager Frank Lampard and was showing the kind of temperament and talent needed to be a regular at one of England’s biggest clubs.

However, he lost his place and played just one Premier League game in the second half of the 2020-21 season and only four times in all competitions in the first half of last season. Lampard said Tomori needed to train harder, so he did. But nothing changed.

“From being at 100 to literally going down to zero and then not knowing the reason why it had gone to zero, it was very challenging,” Tomori has said.

A move to Milan in January has revitalized him. It may not be the Milan of old — the team won the last of its 18 Serie A titles in 2011 and its most recent European Cup in 2007 — but the size of the club and expectancy swirling around the San Siro stadium hasn’t escaped Tomori.

Back in the Champions League and fighting for the Serie A title again, Milan has regained its relevance and Tomori is a big part of that.

Playing in the country that spawned defensive greats Franco Baresi, Fabio Cannavaro, Giorgio Chiellini and of course Maldini, Tomori feels his game has improved hugely. Especially with Maldini now working as Milan’s technical director and a regular at the club’s training ground.

Tomori often talks with Maldini and recalls an in-depth chat they had in April, when he was on loan at Milan before making his move permanent in the offseason.

“When he was speaking to me, it was like, ‘Wow, this is Paolo Maldini,’” Tomori said. “There’s that kind of pressure knowing he’s there every game, there at the training ground every day, and as a defender, I want to impress him.

“Having a legend like that, when he says something you are going to listen.”

So what has he been taught by Maldini?

“He was speaking about getting my body position right, having an extra look before there is a cross and when a team are building up, because the strikers are nimble, intelligent and go off movement rather than trying to beat you with pace or strength,” Tomori said.

“There’s a lot of teamwork rather than an individual defending against someone. It’s about being in a position to cover a teammate or be in a position where you don’t have to defend one-on-one.”

There’s another soccer great in Milan’s team in Ibrahimovic, a Swede who speaks good English and someone who has been an encouraging voice for Tomori over the past nine months.

“I remember in preseason, we had a footgolf game and I was on his team,” Tomori said. “I was like, ‘I have to make sure I’m on my game.’ He’s a winner and he’s definitely rubbed off on me.”

England coach Gareth Southgate said he has been tracking Tomori and liked his recent displays against both Liverpool in the Champions League and Juventus in Serie A, in particular. And Tomori might be in line for a start in England’s two games over the next week — World Cup qualifiers against Andorra and Hungary — given Harry Maguire is out injured and the national team’s other first-choice center back, John Stones, hasn’t played a minute in the Premier League for Manchester City this season. 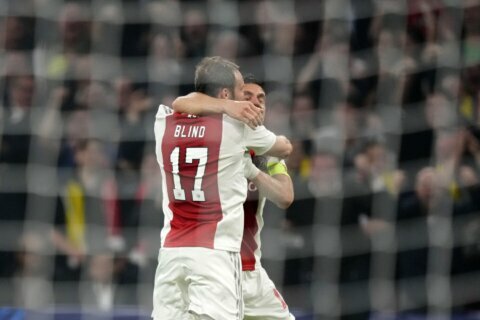 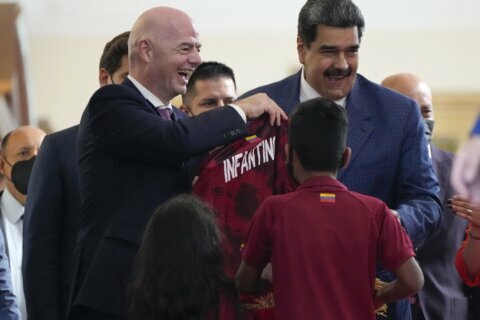 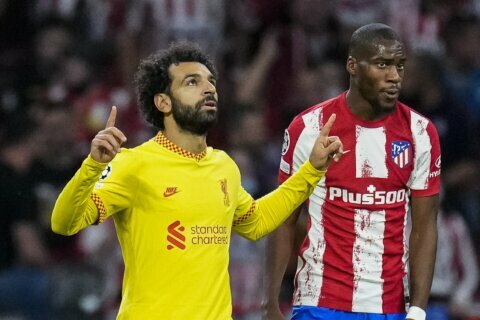