Ivan Provorov scored on a one-timer off a pass from Travis Konecny 50 seconds into overtime to give the Flyers…
Listen now to WTOP News WTOP.com | Alexa | Google Home | WTOP App | 103.5 FM

Ivan Provorov scored on a one-timer off a pass from Travis Konecny 50 seconds into overtime to give the Flyers a 2-1 win over the Boston Bruins in a preseason game Monday night in Philadelphia.

BUFFALO (AP) — Jake Voracek had a goal and two assists to lead Columbus Blue past Buffalo.

Patrik Laine and Oliver Bjorkstrand each added a goal and an assist, and Emil Bemstrom and Boone Jenner also scored for the Blue Jackets. Joonas Korpisalo and Daniil Tarasov split time in net for Columbus. Korpisalo started and stopped 17 of 18 shots in the first two periods. Columbus’ No.1 goaltender was replaced in the third by Tarasov, who allowed two goals on 10 shots.

Chicago led 3-0 after the first period, and 4-3 after the second.

Robby Fabbri, Lucas Raymond, Moritz Seider, and Bobby Ryan all finished with a goal and an assist for Detroit. Thomas Greiss stopped 28 shots.

Michael Amadio also scored for the Maple Leafs, who got a 26-save performance from Jack Campbell.

Connor Brown scored for the Senators. Matt Murray played his second complete game and made 24 saves.

Jared Spurgeon and Jonas Brodin also scored for the Wild, and Mats Zuccarello had two assists. Kaapo Kahkonen had 15 saves.

Brendan Perlini and Jesse Puljujarvi also scored for the Oilers, who have won two straight. Mikko Koskinen had 26 saves.

SAN JOSE (AP) —Trevor Zegras scored the only goal in a three-round shootout to push the Anaheim Ducks past the San Jose Sharks.

Zegras’ wrist shot in the penalty shot phase allowed the Ducks to escape with the win.

Anaheim jumped out to a 2-0 lead on an even-strength strike from Mason McTavish (9:05 into the first period) and Zegras’ power play goal (13:37 of the second).

Logan Couture’s power play goal 3:01 after Zegras’ cut the deficit in half, and Tomas Hertl tied the game with his second of the exhibition season at 15:03 of the third.

John Gibson made 42 saves for the Ducks while James Reimer stopped 23 of 25 shots for San Jose. 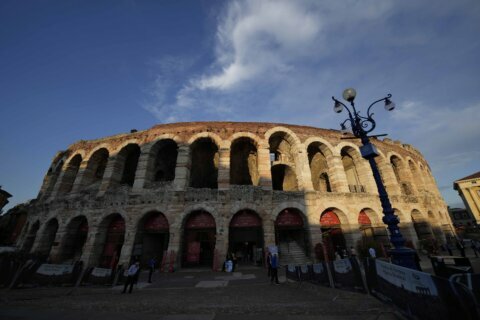