Murray missed a match point on Hurkacz’s serve in the second-set tiebreaker but the former No. 1 rallied from a break down in the final set to wrap up the win after more than 2 hours, 40 minutes.

It was the Brit’s first top-10 win since beating Alexander Zverev at the Cincinnati Masters in August 2020, and his first win of the season against a player ranked in the top 20.

Murray won the tournament on both his previous appearances — in 2014 and 2016.

The result was a blow to the 10th-ranked Hurkacz’s chances of qualifying for the season-ending ATP Finals.

Hurkacz currently holds the eighth and last slot, but has only a slim lead over Jannik Sinner and Cameron Norrie, who also both play in Austria this week.

Berrettini didn’t face a break point in the match and broke Popyrin at 3-2 in the second set before closing out the win on his first match point.

Stefanos Tsitsipas and Zverev are seeded first and second, respectively, at the indoor event. 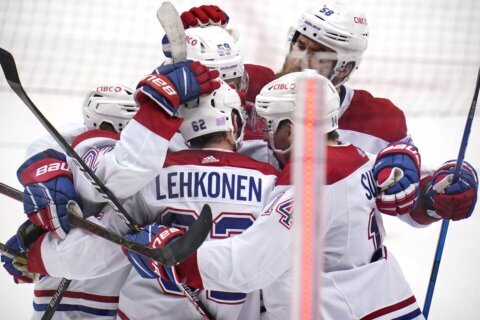