Coronavirus News: Fairfax Co. votes to increase substitute teacher pay | Is it time to get a COVID-19 booster? Which one? | Local cases of COVID-19 | How many in DC region are vaccinated?
Home » Sports » MLS suspends Felipe Hernandez…

MLS said it initiated an investigation July 5 after Hernandez disclosed to Sporting Kansas City that he was concerned about his personal safety due to gambling debts. The league said it and the team “immediately took steps to refer the matter to law enforcement and ensure that Hernandez received necessary support and counseling.”

“Over the last several months, I have been able to reassess, take responsibility for my actions and get the proper care for something that has greatly affected me,” he wrote.

Hernandez had already been suspended since July pending completion of the MLS and law enforcement investigations. Born in Colombia and raised in Nashville, Tennessee, the 23-year-old Hernandez had had a goal and two assists in six games this season.

MLS said Hernandez placed online bets on two MLS matches, though Sporting K.C. was did not play in either game. It said no evidence was found that Hernandez possessed confidential or otherwise non-public information concerning those two matches.

Hernandez will eligible for reinstatement Jan. 1. 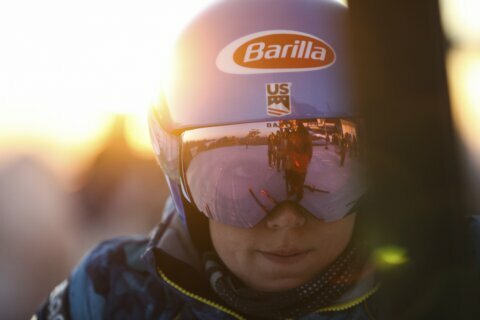