MILAN (AP) — AC Milan again struggled in a 1-0 win that saw it move three points clear at the top of Serie A on Tuesday.

Olivier Giroud scored the only goal of the match in the 14th minute to help Milan move clear of second-place Napoli, which hosts Bologna on Thursday.

“We take the three points, that’s the most important,” Giroud said. “We play every three days and it’s very difficult for the body. Everything was not perfect, but we are very pleased with the win tonight. Torino is a tough team to play against.”

The Rossoneri were still dealing with an injury crisis, but defender Theo Hernández was fit for a place on the bench after recovering from the coronavirus.

Milan was the only team in the top six in Serie A to win over the weekend but only narrowly avoided embarrassment as two late goals helped it beat nine-man Bologna 4-2.

It seemed as if matters had improved when Milan took the lead after Rade Krunić nodded on a corner for Giroud to tap in from a couple of yards. It was the 35-year-old’s fourth goal in his six league matches for Milan.

However, the Rossoneri barely had another sight of a goal in a mediocre match. Torino went closer, with one of its best chances coming in the 76th as Antonio Sanabria ran onto a through ball but Milan goalkeeper Ciprian Tătărușanu managed to parry his effort and Fikayo Tomori cleared the loose ball off the line.

The visitors almost scored a last-gasp equalizer. Torino goalkeeper Vanja Milinković-Savić had come up for a free kick and stayed in the area for the ensuing corner. He managed to flick it on toward Sanabria but the forward couldn’t adjust to get a proper shot in and Milan cleared the danger, much to the relief of coach Stefano Pioli who celebrated as if his side had scored a goal.

Pioli will be hoping to have more of his first-choice players back heading into a difficult week in which Milan plays title rivals Roma and Inter Milan, either side of a match against Porto in the Champions League, where it is bottom of its group with zero points.

Salernitana moved off the bottom of the table as it snatched a 2-1 win at 10-man Venezia for Stefano Colantuono’s first victory in charge.

Colantuono replaced Fabrizio Castori as coach last week but his first match ended in a 4-2 loss to Empoli.

Salernitana again conceded early as Mattia Aramu fired Venezia in front in the 14th minute but Federico Bonazzoli leveled in the 61st and matters went from bad to worse for the home team seven minutes later when Ethan Ampadu was shown a red card for a challenge that barely appeared to merit a booking.

Andrea Schiavone drilled home the winner in the fifth minute of stoppage time for his first ever Serie A goal.

Salernitana moved a point above Cagliari and onto level points with 18th-placed Genoa. They are a point from safety after Genoa drew 1-1 at Spezia. 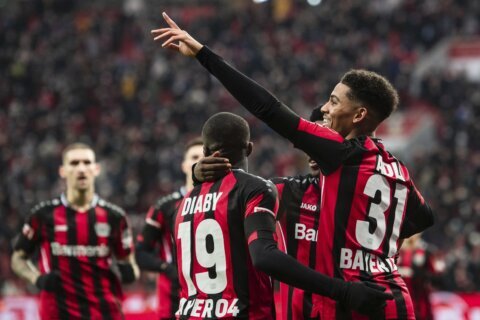 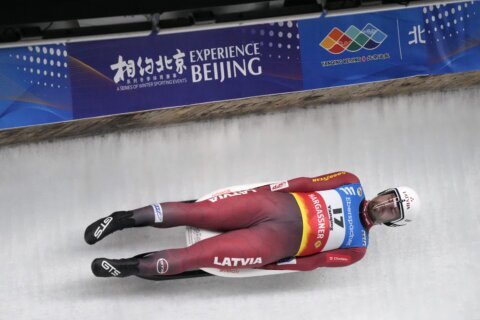 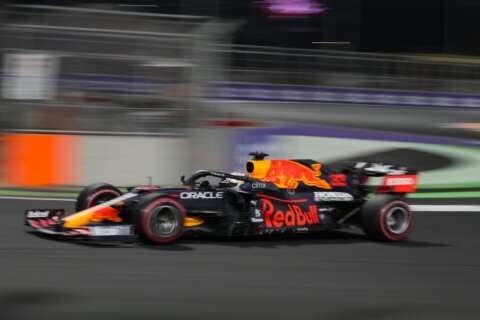