A look at what’s happening around the majors Monday: ___ WORK IT OUT The Astros and Braves are making final…
Listen now to WTOP News WTOP.com | Alexa | Google Home | WTOP App | 103.5 FM

The Astros and Braves are making final preparations in Houston before opening the World Series on Tuesday night. Both teams are set to work out at Minute Maid Park.

A few roster decisions need to be made, but both clubs have already declared starters for Game 1. Framber Valdez will go for Houston after delivering eight terrific innings in a 9-1 win in Game 5 of the AL Championship Series against Boston.

Atlanta, meanwhile, is going with Charlie Morton, who pitched for Houston from 2017-18 and got the win in Game 7 of the 2017 World Series.

The Astros have not provided much new information on the health of ace Lance McCullers Jr., who was left off the ALCS roster because of a flexor pronator muscle strain in his right arm. McCullers still hasn’t started throwing, but general manager James Click would not rule out his return.

“We’re not taking anything off the table,” Click said.

The Astros are considering their options for how to get the big bat of Yordan Alvarez in the lineup when the series moves to Atlanta for Game 3 and they lose the designated hitter.

After missing last year’s postseason while recovering from double knee surgery, Alvarez batted an ALCS-record .522 (12 for 23) with one homer, three doubles, a triple and six RBIs, earning series MVP honors.

Michael Brantley is Houston’s regular left fielder, but Alvarez appeared in 41 games at the position this season and that’s where he’s likely to play at Atlanta. Brantley would move to right field, shifting Kyle Tucker to center to keep his bat in the lineup. It could take time away from rangy center fielders Jake Meyers — who was on the ALCS roster but didn’t play due to a shoulder injury — Chas McCormick and José Siri.

Eliminated by Atlanta on Saturday, the reigning World Series champion Dodgers are beginning the process of figuring out what’s next for a roster facing significant upheaval.

Max Scherzer, Clayton Kershaw, Corey Seager, Kenley Jansen and Chris Taylor will become free agents after the World Series, and more core stars could have their contracts expire in the next couple years, too.

“You’re saying goodbyes without really knowing,” Seager said. “You want to remember it, remember how it feels and prepare for next year, and you’re uncertain about where it will be.”

However, Seager made it clear he wants to stay in LA.

“Absolutely,” he said. “I grew up here. I’ve spent a lot of time here. I believe in what these guys do and how we go about it. Yeah. Absolutely.”

NL batting champion Trea Turner came over from Washington at the July trade deadline and paid immediate dividends. He can become a free agent after the 2022 season. Cody Bellinger, Max Muncy and 20-game winner Julio Urías will follow in 2023. Justin Turner has one year remaining on his contract.

“The six years I’ve been here, it’s been a core group of guys that could be turned over this winter,” manager Dave Roberts said. “I’m not looking forward to it. I wish we could have won another one with this group.” 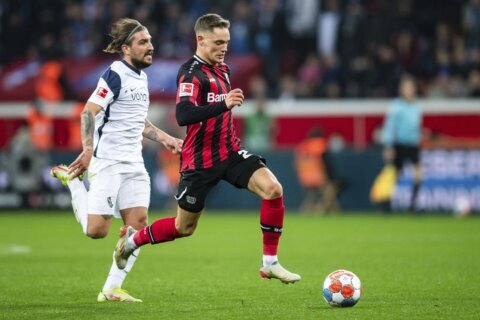