Coronavirus News: US to OK mix-and-match boosters | Celebrating homecoming | Va. adds dashboard for children | Local cases of COVID-19 | How many in DC region are vaccinated?
Home » Sports » Kraken have 5 players…

Kraken have 5 players in COVID protocol on eve of opener

SEATTLE (AP) — The Seattle Kraken are expected to be without five players for the season opener at Vegas due…
Listen now to WTOP News WTOP.com | Alexa | Google Home | WTOP App | 103.5 FM

SEATTLE (AP) — The Seattle Kraken are expected to be without five players for the season opener at Vegas due to COVID-19 protocols, coach Dave Hakstol said Monday.

Forwards Jared McCann, Joonas Donskoi and Marcus Johansson, and defenseman Jamie Oleksiak were placed on the league’s COVID-19 protocol list on Monday. Forward Calle Jarnkrok has been in the protocol since late last week. McCann, Oleksiak, Donskoi and Johansson were all missing from Monday’s final practice before the team departed for Las Vegas.

Seattle general manager Ron Francis said at the start of training camp that the entire roster had been vaccinated. But it’s awful timing for the Kraken on the eve of the first game in franchise history.

“Things happen quickly and sometimes at inopportune times,” Hakstol said. “There’s different challenges as you go throughout the season and this is one of them for us early on.”

McCann has been centering Seattle’s top line alongside Jordan Eberle and Jaden Schwartz. Donskoi and Johansson are expected to fill in on the second or third lines, and Oleksiak is a likely top-four defensive pairing for Seattle.

Hakstol said the roster was being shuffled to make sure it was filled ahead of heading to Vegas. That included Seattle claiming young forward Alex Barre-Boulet off waivers from the Lightning. Hakstol said depending on travel, Barre-Boulet could join the team in Vegas in time for the opener.

Hakstol also said forward Colin Blackwell (lower body) is out indefinitely, and Yanni Gourde remains day to day in his recovery from offseason shoulder surgery. Gourde has been practicing and is going with the team on the opening road trip, but said he would not be playing in the opener.

“At some point we’re going to make a decision on that. We’re not there yet, but I do feel very good,” Gourde said. “I do think we’re taking steps in the right direction, and it’s very exciting but it’s not going to be Game One.”

Seattle also announced that Mark Giordano will be the team’s first captain, an expected move after he spent the past eight seasons as captain in Calgary. Seattle’s alternate captains will be Eberle, Schwartz, Gourde and defenseman Adam Larsson.

“I’m honored, honestly, to be given responsibility to be the captain of this group of guys and a new organization, new team,” Giordano said. “It means a lot to myself.” 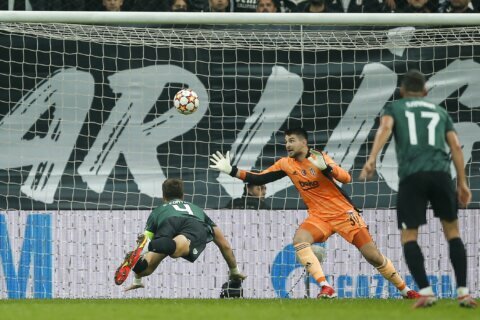 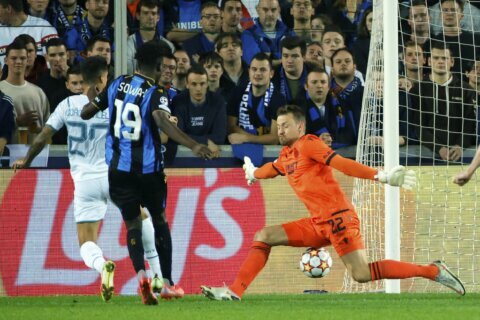